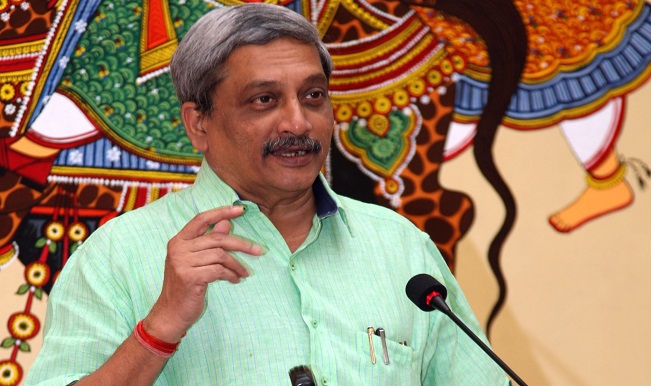 New Delhi, May 26: Union Defence Minister Manohar Parrikar on Tuesday rejected reports of terrorist group Islamic State ( IS) making headway in India, stating that threats have always existed under different names. “Threats always exist in various names. We have to be aware of such threats and build our system based on that,” Parrikar said in an exclusive interview with ANI. (Also Read: Manohar Parrikar alleges Congress regime compromised on national security) Also Read - Another Jolt To BJP In Goa; Former CM Laxmikant Parsekar Quits After Being Denied Ticket

When asked about the Indian Government’s confirmation of underworld don Dawood Ibrahim’s presence in Pakistan, he refused to comment on the issue. Minister of State for Home Affairs Kiren Rijiju had earlier this month assured that India has been pursuing Dawood’s case seriously and the intention of the government should not be questioned. He had further said that Pakistani agencies are not cooperating with India over the same. Also Read - Utpal Parrikar Quits BJP, to Fight Goa Assembly Polls as Independent Candidate From Panaji