According to a reports, Times Now has been fined Rs 50, 000 by the News Broadcasting Standards Authority for not maintaining neutrality while airing the interview with Sarvajeet Singh, the main accused in Jasleen Kaur eve-teasing case. The body also asked the channel to air an apology on 22 March. The action has been taken after a complaint that said that a Times Now (ALSO READ: Jasleen Kaur exposed: The eve-teasing incident that wasn’t and the twisted truth) Also Read - Arnab Goswami Chats: CWC Demands Parliamentary Probe on Violation of Nationals Security, Official Secrets Act

Times Now has been directed to air the following apology on full screen in large font size with a clearly audible voiceover in slow speed expressing regret for the said telecast. Also Read - WhatsApp Row Over Arnab: Maharashtra to Hold Meet Take Next Course of Action Tomorrow

“We regret that while reporting the interview of Mr Sarvajeet Singh, who is accused of eve-teasing by Ms Jasleen Kaur, on 24.08.2015, we had failed to comply with Code of Ethics and Broadcasting Standards of NBA requiring broadcasters to maintain neutrality, impartiality, accuracy and fairness and also failed to follow the specific guidelines of NBSA relating to reportage of matters under investigation.” 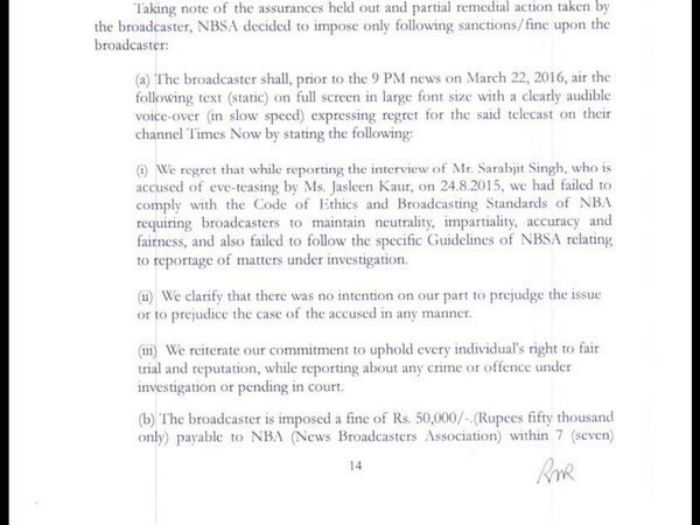 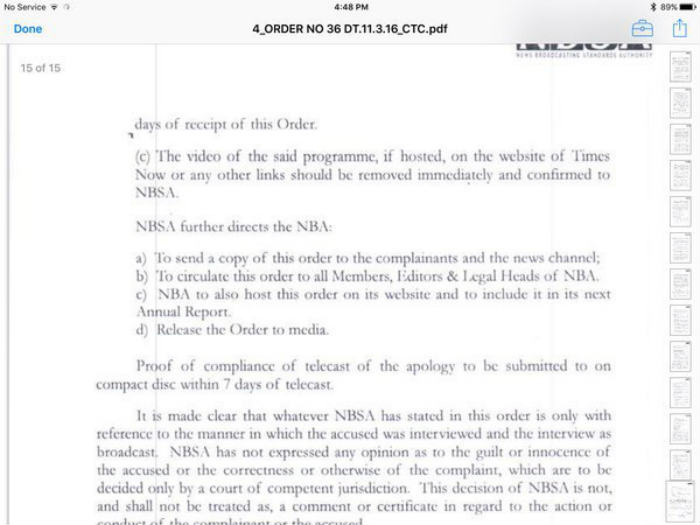 What happened in Jasleen Kaur vs Sarvajeet Kaur battle:

Jasleen Kaur shared a picture of Sarvajeet Singh on her Facebook account alleging that he made obscene comments at her. The picture went viral and she turned a ‘braveheart’ who took on molester. Times Now went on calling the accused a ‘pervert’ without knowing the complete story. Later, new pictures, videos and eye-witnesses statement busted Jasleen’s claims that she was humiliated and abused by the accused.

Have anything to say on NBSA action against Times Now? Please write in the comments section below.