Tina Dabi, Athar Khan File For Divorce in Jaipur’s Family Court | How The IAS Couple Had The Perfect Love Story

Both Tina and Athar are officers of the Rajasthan cadre and are currently posted in Jaipur. The duo had stated that they had fallen in love during their training period.

New Delhi: IAS officers Tina Dabi and Athar Khan, who had tied the knot in 2018, have filed for divorce with mutual consent in a family court in Jaipur. While Tina Dabi had bagged top position in the UPSC examination in 2015 and Athar Amir, who hails from Kashmir, had secured the second position in civil service examinations in the same year. Also Read - Maharashtra Makes Covid-19 Negative Report Mandatory For Travellers From Delhi, Rajasthan, Goa, Guajrat

Both Tina and Athar are officers of the Rajasthan cadre and are currently posted in Jaipur. The duo had stated that they had fallen in love during their training period. Also Read - After Filing For Divorce From Tina Dabi, Athar Khan Doesn't Want to Stay in Rajasthan; Applies For Deputation in J&K

While many people hailed their wedding as a symbol of communal harmony, the Hindu Mahasabha had termed it as love-jihad, following which their story became a hot topic of discussion from Delhi to Jammu and Kashmir. Also Read - Maharashtra Govt Eyes Suspension of Flight, Train Operations From Delhi And Gujarat | Final Decision Within a Week, Says Minister 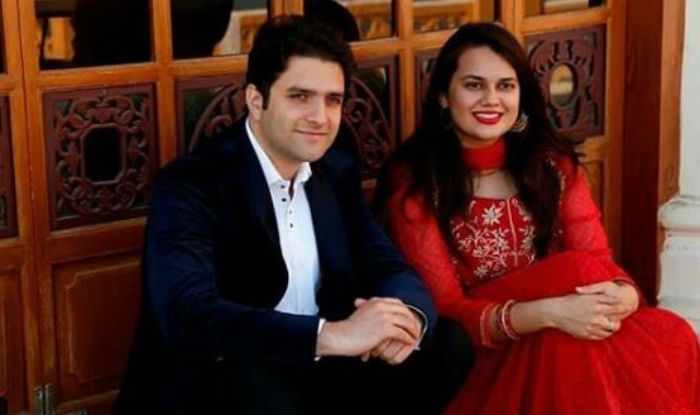 However, their marriage hit the rocks after Dabi had removed ‘Khan’ from her surname on social media sometimes back and  Athar unfollowed her on Instagram.

Tina Dabi and Athar Aamir-ul-Shafi Khan: How The IAS Couple Turned Their Story Into a Beautiful Wedding

Tina Dabi, a Dalit, met Athar Amar-ul Shafi Khan for the first time at the Department of Personnel and Training (DoPT) office in North Block for a felicitation function on May 11, 2015, and fell in love with each other.

“It was a love-at-first-sight,” the IAS topper had once said. “We met in the morning and by evening Aamir was at my door,” she had recalled. The 2015 IAS topper also said that she was floored with Khan’s wit and charm.

Dabi had also said that she wasn’t overly bothered about what people thought of their inter-religion love.

Tina Dabi along with her parents and relatives arrived in Pahalgam on Friday evening and got married at ‘Pahalgam Club’ on Saturday. pic.twitter.com/P4FZulxRtb

“We are in love and very happy. But I must admit that I get very disturbed when I read stuff about us. We have stopped googling our names and reading news about ourselves. I think it is a small price to pay for being in the public eye,” the IAS topper was quoted as saying.