To summon Chidambaram or quiz him is CBI’s question

Even as the Central Bureau of Investigation (CBI) has decided to probe former finance minister P. Chidambaram in the Aircel-Maxis 2G telecom case 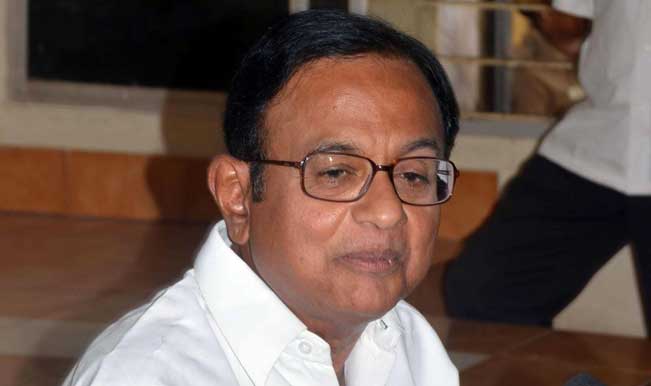 New Delhi, Sep 22: Even as the Central Bureau of Investigation (CBI) has decided to probe former finance minister P. Chidambaram in the Aircel-Maxis 2G telecom case, it is still undecided whether to formally summon him or quiz him first, sources here said. The sources in the premier probe agency said Chidambaram will be questioned soon by a special team, but with officials still in the process of gathering more information on the case, they were unsure of issuing formal summons for the time being. Also Read - PM-CARES Fund Received Rs 3,076 Crore Till March 31, Shows Audit Report; Govt Doesn't Disclose Donors

“This is a technical matter. But it is important. We have a debate over which category the former minister should be seen — as a witness or in some other capacity, since it is still not clear if his actions were mala fide or bona fide,” an official said. “The money involved was large — around $800 million. But we also want to ascertain if the approval given by the minister was a mere mistake. Also the circumstances in which he allowed the approval for the Aircel-Maxis deal of 2006,” the official added. Also Read - 'Will FM as Messenger of God Please Answer': Chidambaram Taunts Sitharaman Over Her ‘Act of God’ Remark

For the record, Chidambaram has denied any wrong-doing. “In the Aircel-Maxis case, the Foreign Investment Promotion Board (FIPB) sought the approval of the finance minister in accordance with the rules. The case was submitted through the additional secretary and secretary, Department of Economic Affairs,” the former minister said in a statement.

“Both of them recommended the case for approval. Approval was granted by me, as the finance minister, in the normal course,” the statement added. “I understand that the officials of FIPB who dealt with the matter have explained to the CBI that under the rules, as they stood then, the case required only the approval of the finance minister.”

He said the files will explain the correct position. The agency’s 72 pages of charges, which includes the names of 151 witnesses and a set of 655 documents appended to it, says Mauritius-based Global Communication, an arm of Maxis, had sought approval to invest $800 million in India.

Charges further said Cabinet Committee of Economic Affairs was the competent body to grant such an approval. Chidambaram, on the other hand, has maintained that the board, depending on the rules, either seeks the cabinet’s, or the finance minister’s, nod. The probe agency, thus far, has named former telecom minister Dayanidhi Maran and his brother Kalanithi Maran, besides some Malaysian entrepreneurs, T. Ananda Krishnan and Augustus Ralph Marshall, as co-accused in the case.

It has also named four firms — Sun Direct, Maxis Communication Berhad, South Asia Entertainment Holding and Astro All Asia Network also — as as accused in the case. They have been charged with of criminal conspiracy under the Prevention of Corruption Act.