Toll in Odisha floods rises to 34

With the situation continuing to remain grim in flood-hit Odisha, the toll in the inundation so far has risen to 34 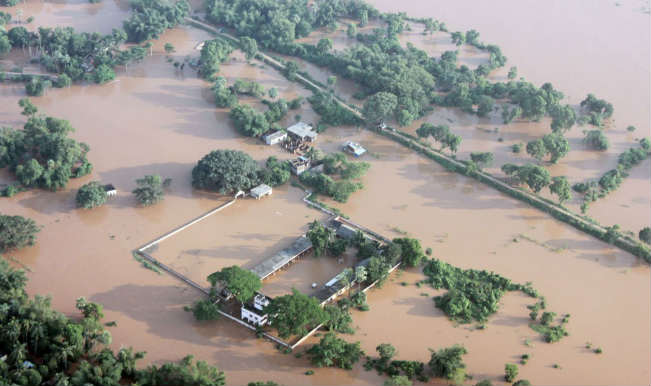 Bhubaneswar, Aug 7: With the situation continuing to remain grim in flood-hit Odisha, the toll in the inundation so far has risen to 34, an official said on Thursday. Seven more deaths were reported in the state taking the toll in rain- and flood-related incidents since July to 34, an official told IANS. Also Read - Odisha Village Residents Take its Famous 'Pattachitra' Art to New Heights

The water level in Mahanadi, Devi and Baitarani rivers continued to remain above the danger mark at some places, he said. Although flood waters had receded in some areas, the situation continued to remain grim in Bhadrak and Jajpur districts, among others, he added. Also Read - Odisha to Halt COVID-19 Vaccination Drive Tomorrow | Here's Why

He said 241,658 residents of 398 villages were marooned. Also, 139,023 people were evacuated and 429 free kitchens were running to provide meals to those affected by the flood. As many as 11 National Disaster Response Force (NDRF) teams and 30 Odisha Disaster Rapid Action Force (ODRAF) teams were assisting the administration in rescue and relief operations, he said.

Authorities were anticipating flooding of several coastal districts after 50 gates of the Hirakud dam on the Mahanadi river in Sambalpur district were opened Wednesday evening following heavy rain in the upper catchment area. The released dam water passed the delta head Mundali in Cuttack Wednesday night and it was well within the safe limit.

“Therefore, the possibility of high flood in the downstream area is ruled out,” the official said.