Tractor Set on Fire at India Gate in Delhi Amid Protests Against Farm Bills, 5 Persons From Punjab Detained

The incident, caught on camera, took place around 7:15 AM at the central Delhi location. The tractor has been removed by police and the fire doused by the fire department.

New Delhi: In a violent turn of events, a tractor was set on fire at the India Gate on Monday by unidentified persons amid protests against the Centre’s passage of the three contentious farm bills in the national capital.Also Read - Delhi Turns Fortress Ahead of Republic Day, Over 27,000 Personnel Deployed | A Look Into Security Arrangements

At least five people, all residents of Punjab, have been detained by the police in connection with the burning and legal action has been initiated against the miscreants. A Toyota Innova car used in the act has also been seized. Also Read - Delhi Police Arrests Man For Molesting JNU Scholar in Campus

The incident, caught on camera, took place around 7:15 AM at the central Delhi location. The tractor has been removed by police and the fire doused by the fire department. Also Read - Netaji's Statue Will Inspire Democratic Values, Future Generations, Says PM Modi After Unveiling His Hologram

“Around 15- 20 persons gathered here & tried to set a tractor on fire. The fire has been doused off & the tractor was also removed. Those involved are being identified. Probe underway,” the Delhi Police said. 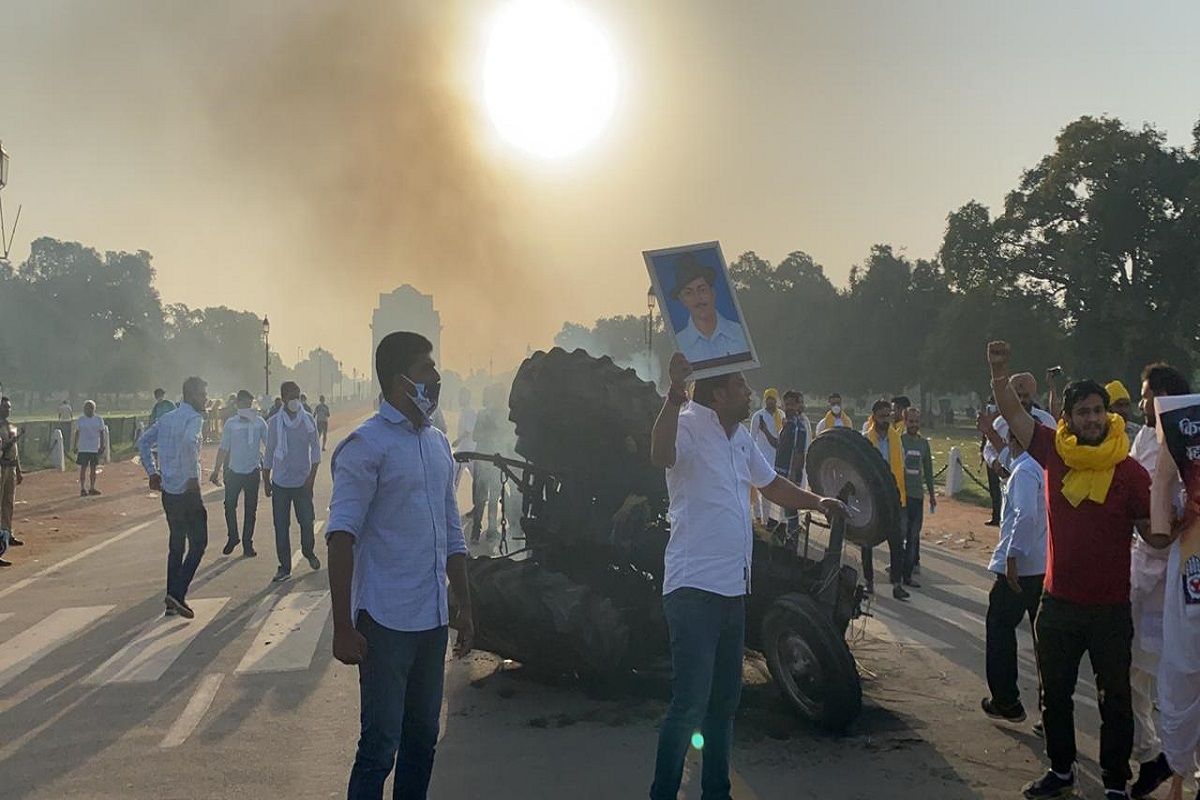 #WATCH: A tractor was set ablaze by unidentified persons near India Gate, today. DCP New Delhi says,"Around 15- 20 persons gathered here & tried to set a tractor on fire. The fire has been doused off & tractor was also removed. Those involved are being identified. Probe underway" pic.twitter.com/IKlOxq4mbj

Protestors were heard raising pro-Congress slogans, the police claimed. It was later revealed that the tractor was set ablaze by a group of Punjab Youth Congress workers. 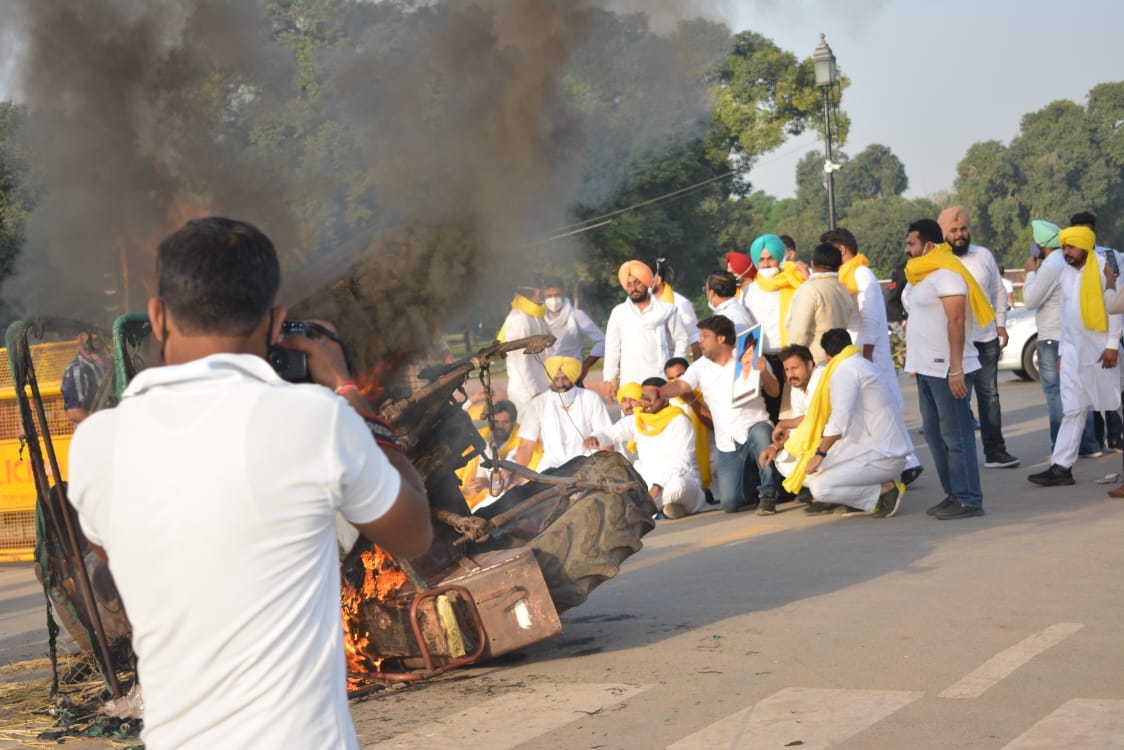 “Today Congress showed its true colours in Delhi. In the name of farmers, some anti-social elements are trying to spread anarchy. The incident is unfortunate. They are trying to mislead farmers. Words fall short to condemn this incident,” said Union Minister Dharmendra Pradhan following the incident. 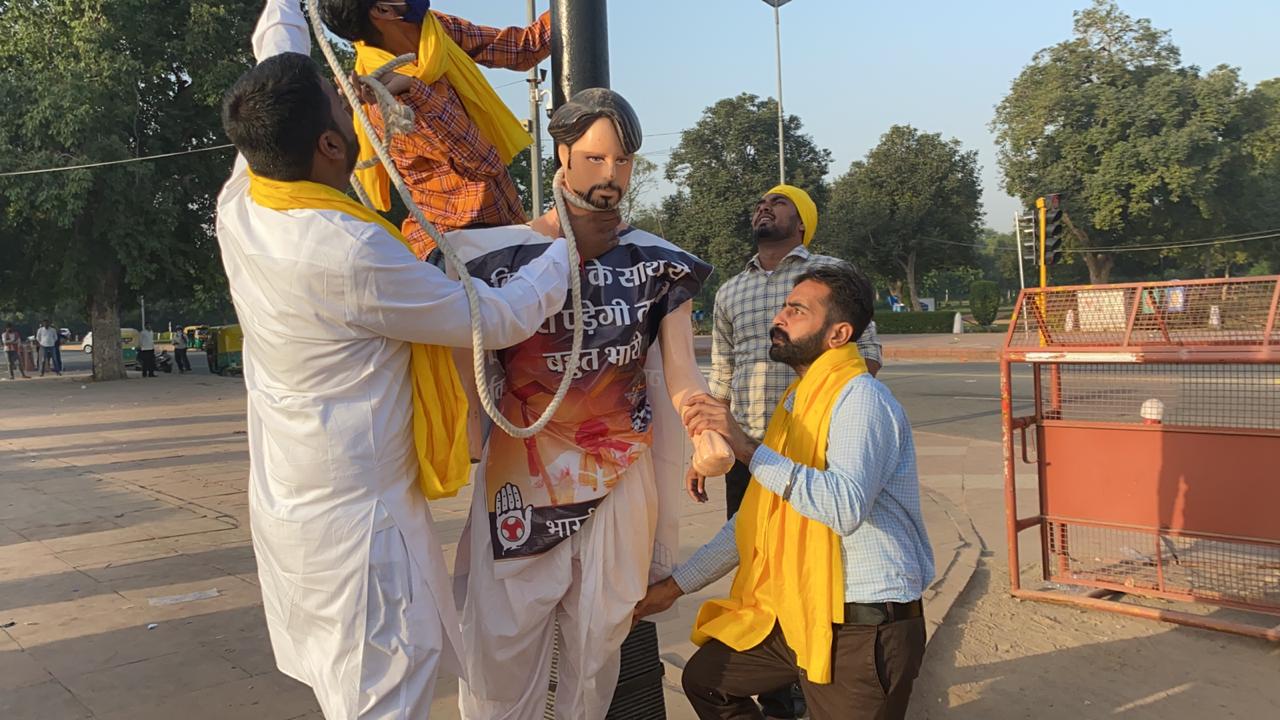 Fierce protests have been witnessed since last week across Punjab and Haryana as farmers raised voices and held sit-ins at various locations. They were also joined by farmers and opposition members from across the country on Friday during a nationwide strike. The ‘Rail Roko’ protest, that was supposed to end in three days has also continued with farmers blocking the Amritsar-Delhi railway track.

Notably, President Ram Nath Kovind on Sunday approved the three ordinances turning them into laws despite the countrywide uproar, leaving farmers at the “mercy” of corporates.