Chief Minister Akhilesh Yadav also announced compensation of Rs two lakh to the kin of those killed and Rs 50,000 for the injured. 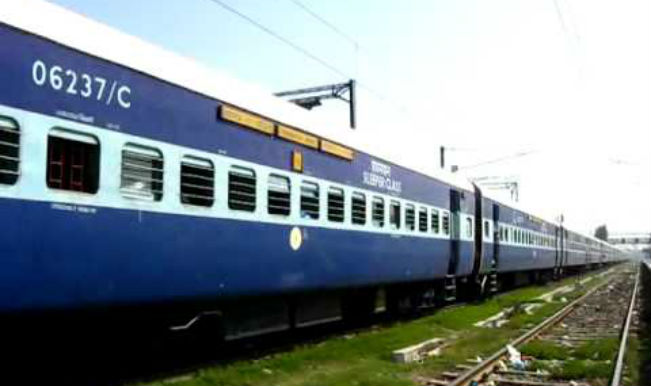 Rae Bareli (UP), Mar 21 : Normal movement of trains resumed on the Lucknow-Varanasi section of Northern Railway after debris was removed from the spot where Dehradun-Varanasi Janata Express train derailed near Bachrawan Railway Station, officials said today. 38 people were killed and around 150 others injured when the engine and two adjoining coaches of the train jumped the rails when the diver apparently overshot a signal because of a possible brake failure. Train services remained affected for several hours as a result of the mishap and after massive efforts with the help of cranes the mangled passenger coaches were removed from the track. (Read: Dehradun-Varanasi Janta Express derailed: 15 dead, 150 injured in train accident; higher toll feared) Also Read - "It’s BJP’s Vaccine, Can’t Trust…Won’t Take The Shot," Says SP Chief Akhilesh Yadav

The Indo-Tibetan Border Police and district police assisted the railway and local authorities in the rescue work and later focused on resumption of train services last evening. Police said the injured have been sent to different hospitals in Rae Bareli and Lucknow. While 37 injured passengers were under treatment in Lucknow, six others were admitted in the district hospital here. Union Home Minister Rajnath Singh and Minister of State for Railway Manoj Sinha visited the trauma center at King George Medical University in Lucknow yesterday to meet the injured. Also Read - Will Forge Alliance With Samajwadi Party To Defeat BJP In 2022 UP Polls, Says PSP Chief Shivpal Yadav

The Railways will meet the full expense on their treatment, Northern Railway PRO Ashwini Srivastava said. An inquiry is being conducted by the Commissioner Railway Safety of Northern Circle to ascertain the cause of the derailment. The Railways announced a compensation of Rs 2 lakh for the next of kin of those killed in the accident. While Rs 50,000 will be given to those injured seriously, Rs 20,000 will be given to people with minor injuries. Chief Minister Akhilesh Yadav also announced compensation of Rs two lakh to the kin of those killed and Rs 50,000 for the injured.