New Delhi, Jan 28: The Bharatiya Janata Party (BJP) on Saturday released its first list of 44 candidates for Assembly election in Tripura. The party, however, refrained from announcing a chief minis

New Delhi, Jan 28: The Bharatiya Janata Party (BJP) on Saturday released its first list of 44 candidates for Assembly election in Tripura. The party, however, refrained from announcing a chief ministerial candidate for the state. Also Read - Hyderabad Will be Free of 'Nizam Culture', Promises Amit Shah if BJP Voted to Power

The strength of the state assembly is 60 members and the BJP is going to contest on 51 seats. The Party has reportedly kept nine seats for its alliance partner, Indigenous People’s Front of Tripura
(IPFT). Also Read - How Chirag Reacted After BJP Nominated Sushil Modi For Rajya Sabha Seat Won by His Father Ram Vilas Paswan

“We have considered all sections and walks of society while choosing our candidates. While there are are 10 seats reserved for SC candidates, we are going to field 11 SC seats candidates. One is contesting from a regular seat”, Nadda said.

The list includes the name of BJP’s state general secretary Pratima Bhowmik who will be contesting from Dhanpur, the constituency of Chief Minister Manik Sarkar. The party has decided to field its state president Biplab Kumar Deb from Banamalipur. It also includes seven sitting MLAs, four women, 10 professionals like doctors and engineers, and two candidates from the field of arts.

Check out the full list of BJP candidates for Tripura Assembly Elections 2018: 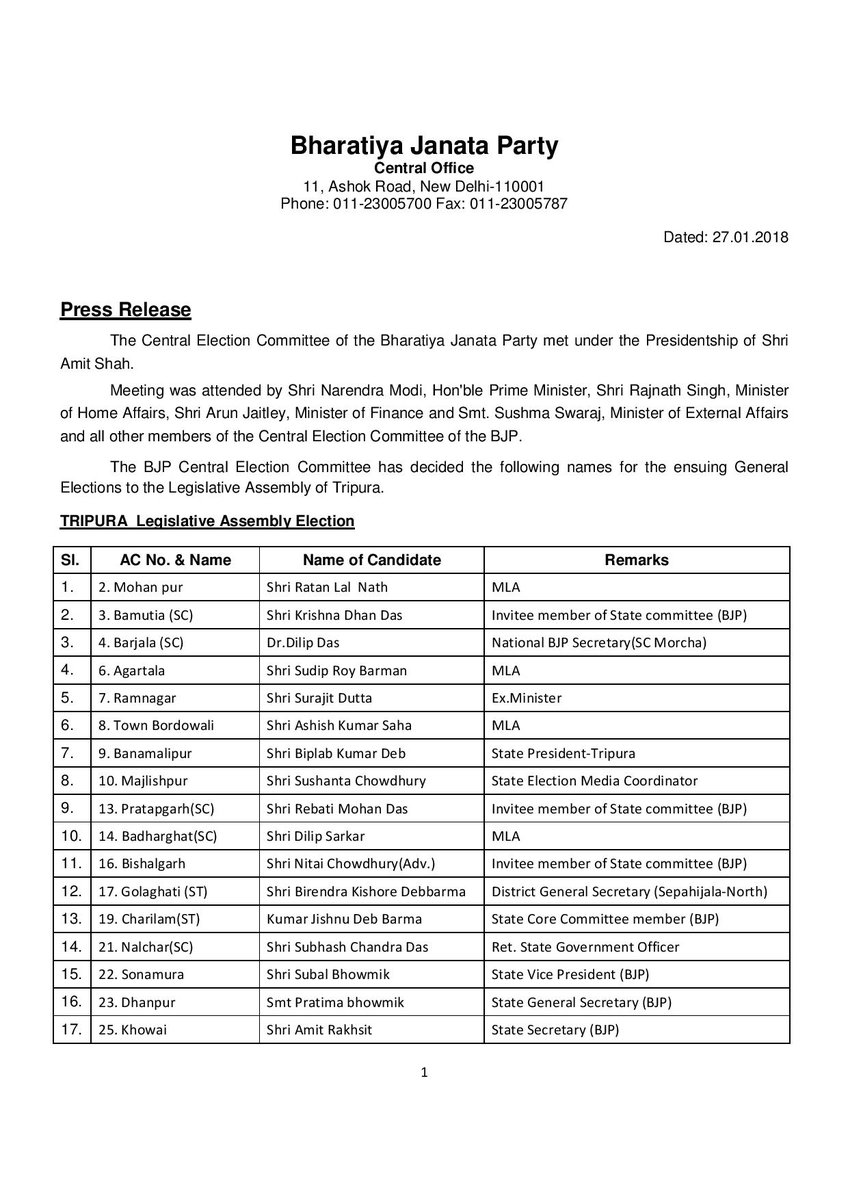 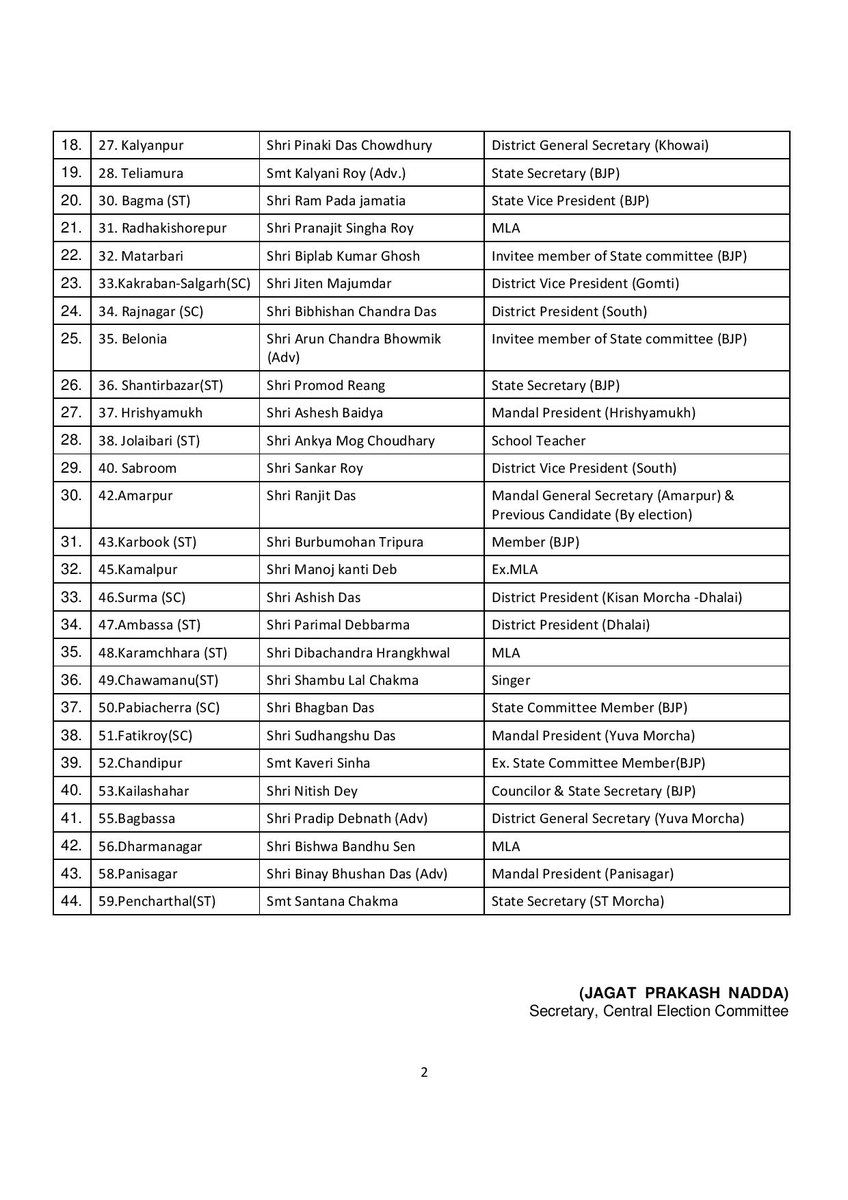 The BJP did not win any seat in the last state assembly polls but emerged as the main challenger to the ruling CPI(M). Tripura will go to the polls on 18 February and the results will be declared on March 3 along with Nagaland and Meghalaya.