The handle was subsequently restored but the number of followers had been reset.

Jammu: The official Twitter handle of Jammu and Kashmir Lt Governor Manoj Sinha was suspended briefly on Monday due to an “automated systems error” and was restored later, reports news agency PTI. The ‘@OfficeOfLGJandK’ handle with over 52,000 followers had an account suspension notice displayed with a line below reading “Twitter suspends accounts which violate the Twitter Rules” in the evening. Also Read - Ghaziabad Assault Case: No Video Call, UP Police Summons Twitter India MD to Appear in Person on June 24 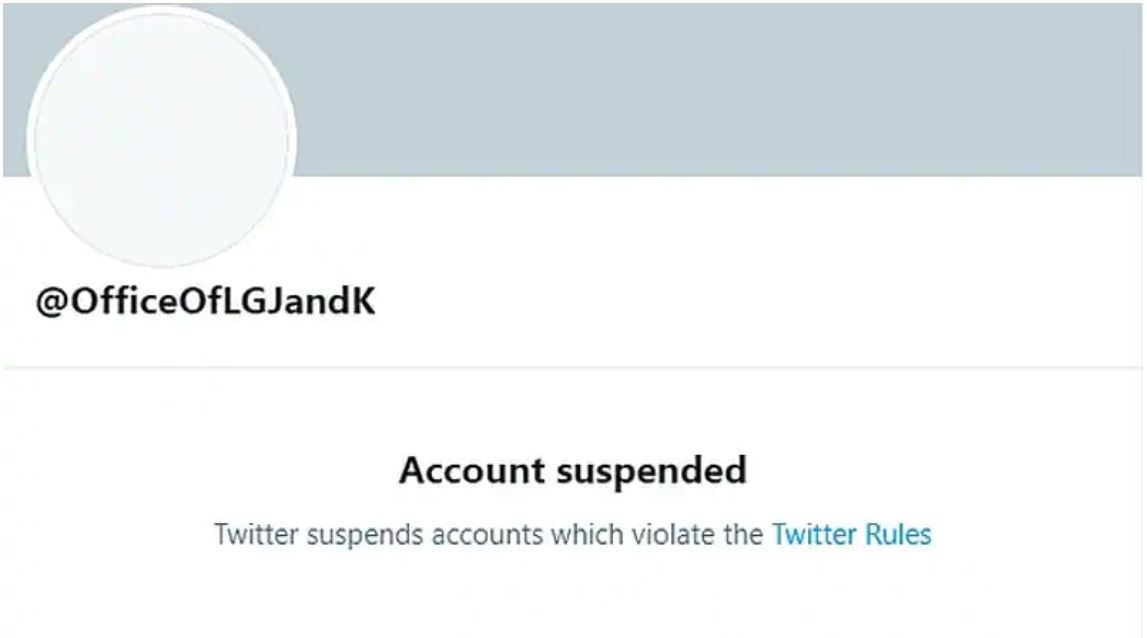 Raj Bhawan officials said the matter was taken up with the authorities concerned for resolving the “technical error”. The handle was subsequently restored but the number of followers had been reset. Also Read - Available on Video Call For Questioning By UP Police, Says Twitter India Head on Ghaziabad Attack Against Elderly Man

PDP spokesman Mohit Bhan was among the first to flag the issue of suspension of account of the Lt Governor, saying “meanwhile @TwitterIndia suspends the account of Office Of LG J&K citing rules violation. What did they do by the way. Did I miss something??” Also Read - 'Highly Misplaced': India Strongly Rejects UN Special Branch's Criticism of New IT Rules