Bengaluru:  A pilot was killed and two others ejected to safety when two aircraft of IAF’s aerobatic team Surya Kiran crashed near the Yelahanka airbase here on Tuesday, a day before the opening of the Aero India Show, a top police official said.Also Read - Aero India Show 2019 in Bengaluru: Asia's Largest Air Show

The mishap occurred during a sortie as part of the rehearsal for the five-day Asia’s premier Air show here. “There were three pilots, one has died, two are safe with injuries,” DGP Fire Services M N Reddi who rushed to the spot said. It was not immediately clear whether the two aircraft collided before the crash. Also Read - Aero India 2019 to Continue as Per Schedule, Clarifies Indian Air Force; Urges People Not to Pay Heed to Rumours

The Indian Air Force issued a statement on the Surya Kiran aircraft crash and said that a court of inquiry will be ordered to investigate the cause of the accident.

The Aero India Show 2019 is scheduled for February 20-24 at the Air Force Station Yelahanka.

Surya Kiran was reported to be preparing a nine aircraft formation for the Aero India Show 2019, as the fleet is participating after a hiatus of over eight years. 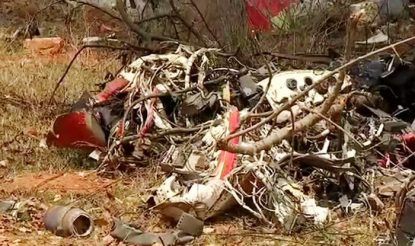 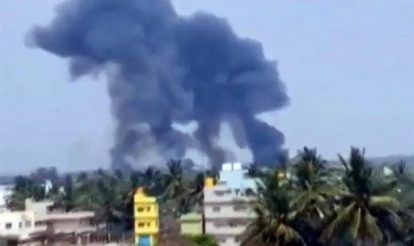 At the Aero India Show 2019, as many as 47 aircraft are expected to demonstrate their flying and manoeuvring skills. While the majority of the aircraft participating in the show are Indian made or belong to the Indian armed forces, some foreign-made metal birds will also perform aerobatics.

Surya Kiran is famous for being a crowd-puller, this time it was reported that the fleet was preparing for a nine aircraft formation. Also making its presence felt at the Aero India show after many years, is the NAL designed SARAS PT1N, which last performed in 2009. The SARAS programme was grounded in 2009, following a crash of its prototype at the outskirts of Bengaluru.