Uber rape case in Delhi: Where the rapist is without fear and the victim is conditioned to ‘live with it’

Will the Uber rape case give ideas to sick men to commit more such crimes? Here's a look at the mentality of men who have this unusual urge. 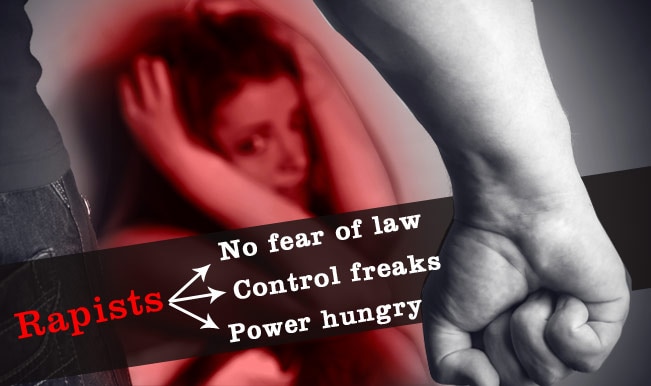 One of the shocking things to come out of the Uber rape case in Delhi is the threat by the rapist cab driver to insert an “iron rod” if she didn’t shut up. Imagine the plight of the girl when he said that! Memories of the December 16 gang-rape of Nirbhaya incident Delhi must’ve flashed in her head, and horrified she had no choice but to submit to the man. Also Read - UP Shocker: Man Rapes Daughter, Forces Her To Have Sexual Relation With Multiple People,  28 Held

What does this tell us? That every rape and sexual abuse incident – anywhere in the world – gives ideas to these sick minds to go ahead and try a new method of violating a woman’s modesty. This we have seen in the two years after the unfortunate Nirbhaya case where the poor physiotherapy student was violated with an iron rod that ultimately smashed her intestines and she died. How cruel is that? Can it get worse? Should it? Also Read - Actor Chahat Khanna's Estranged Husband Gets Protection from Arrest in Rape And Unnatural Sex Allegations

What is Rape? An act of control, of ‘getting away with it’

Now let us consider the criminal phenomenon of Rape. What is Rape? Rape is a tool used by an individual to control the other. It could be by a man to control a man, woman, child, animal – what have you. But it certainly isn’t for sexual pleasure. It has more to do with ‘I can get away with this’ – the same feeling that urges people to steal or shoplift.

So rape often happens in conditions where the rapist or a number of rapists think that they can get away with anything. That’s what the Uber cab driver thought, when he raped a sleeping woman! (That’s what Nirbhaya’s rapists thought, or the Badaun rapists, or the countless other sexual abusers in Indian villages and around the world.)

And whenever they feel they cannot get away with it, they simply kill the woman in question – burn her alive or hack her to pieces. But even writing this is sending a chill down my spine. Who knows, writing these very words is sending out a wrong message and giving out ideas to these people?

May we ask these men: What are women, mere sexual machines that have holes? How can a man not think of implications of health and well-being to the woman, in an act that is supposed to give pleasure to both? Why is being rash and brute and over-aggressive considered trendy?

Agreed, some women like the aggressive act or even bondage. They like the feeling of being raped, apparently. But we’re sure these women would not like to be raped in real-life! Because, like we explained, rape is an act of control and women like to choose who controls them.

But unfortunately, most men and boys are conditioned to believe that force is the only way to exercise control over their object – whatever it is. So these people will commit this crime anywhere, whichever party is in power in the country or whoever is the police commissioner.

Journalist Rohit Khilnani (Entertainment Editor, Headlines Today) had an interesting observation about the mentality of these men. He shared, “During the Nirbhaya case the congress was in power now it’s the BJP and it’s clear that it doesn’t matter who is in power. In India a lot of men neither respect the law and nor are they scared of the police or any court case. Today it was a radio cab tomorrow it will be some bus, train, cinema hall, hotel etc….”

He added, “Banning Uber may send out a message but this is no solution. The same driver could be driving Tab, Meru, Mega, Easy or Black & Yellow taxi. The driver would have all the papers, cab would have a solid GPS system but this would still happen because they think they can get away. The laws should be so strict that they should never ever think of something like this!”

That, we agree, is the need of the hour. Nobody should think that harming anyone sexually – woman, man, transgender or child – is all right. Where is the fear of the law? Shouldn’t it be instilled in the citizens of a country?