The government on Thursday announced 45 new airports and 70 regional routes under the Udan scheme that caps ticket fares at Rs 2500 for one-hour flights.

New Delhi, March 30: The government on Thursday announced 45 new airports and over 70 regional routes under the Udan scheme that caps ticket fares at Rs 2500 for one-hour flights. The Civil Aviation Ministry also gave licences to five domestic airlines to fly on these routes. Out of the 43 bids that the ministry received, the five airlines that have gained licences are Alliance Air, SpiceJet, Air Deccan, Air Odisha and TruJet. The scheme will run for 10 years and is aimed at reviving existing airstrips and airports. The first phase that has been unveiled on Thursday includes 45 airports and 72 routes. (Also Read: All you need to know about UDAN scheme)Also Read - What is Ransomware Attack And How You Can Avoid it?

Here are the 45 new airports and new regional routes unveiled by the Ministry of Civil Aviation: 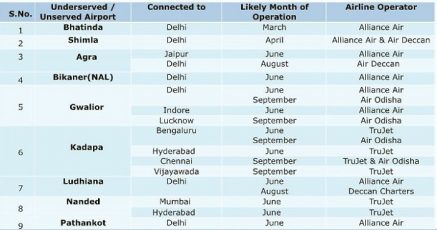 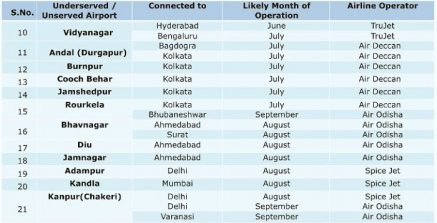 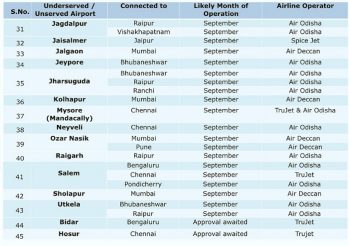 To know more about the UDAN Scheme, read 10 facts about the low-cost air travel scheme.