Ahead of his arrival, a federal court here has issued summons against Narendra Modi for his alleged role in the 2002 communal violence in Gujarat when he was state's chief minister. 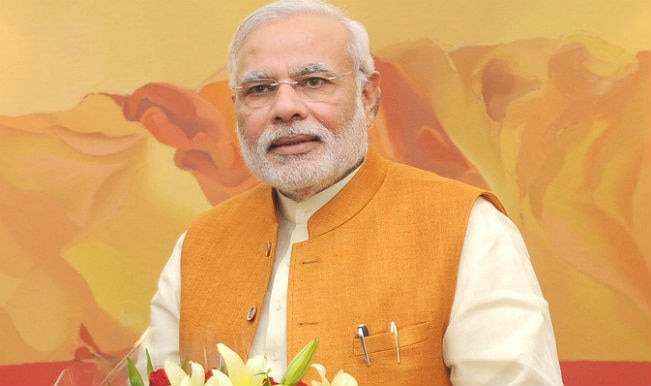 Also Read - Modi US Visit: PM to Meet President Biden Today | Here's What to Expect From Their First Tete-a-Tete

New York, Sep 26: Ahead of his arrival in the US, a federal court here has issued summons against Prime Minister Narendra Modi for his alleged role in the 2002 communal violence in Gujarat when he was the state’s chief minister. The summons against Modi were issued yesterday by the US Federal Court for the Southern District of New York following a lawsuit filed by the New York-based American Justice Center (AJC), a non-profit human rights organisation, along with two survivors of the violence. Also Read - Modi-Harris Meet: PM Thanks US for Extending Help 'Like a Family' During Second Covid Wave | Key Points

Modi is scheduled to arrive in New York today on his maiden US visit as prime minister. During his five-day visit, Modi would address the annual UN General Assembly, the Indian-American community at Madison Square Garden in New York, and then travel to Washington to meet President Barack Obama on September 29 and 30. (Also Read: Narendra Modi in United States of America: Complete schedule of Modi’s visit) Also Read - PM Modi Holds Talks With Top American CEOs, Discusses Future Investment Plans in India

Groups known for their anti-India activities have planned a series of demonstrations against him in both New York and Washington. The lawsuit against Modi has been filed under the Alien Tort Claims Act (ATCA) and the Torture Victim Protection Act (TVPA).

Seeking compensatory and punitive damages, the 28-page complaint charges Modi with committing crimes against humanity, extra-judicial killings, torture and inflicting mental and physical trauma on the victims, mostly from the Muslim community. “The Tort Case against Prime Minister Modi is an unequivocal message to human rights abusers everywhere,” said John Bradley, director at the AJC. “Time and place and the trappings of power will not be an impediment to justice,” he said.

The Alien Tort Claims Act, also known as Alien Tort Statute (ATS), is a US federal law first adopted in 1789 that gives the federal courts jurisdiction to hear lawsuits filed by US residents for acts committed in violation of international law outside the US. Reacting to the lawsuit in New Delhi, Law Minister Ravi Shankar Prasad today said the government will examine the reported summons issued by the US court against Modi.

Meanwhile, an eminent Indian-American lawyer has said that the lawsuit is “dead on arrival”, arguing that Modi in his capacity as India’s head of state enjoys immunity status. Given that the US State Department in a recent similar case against former Prime Minister Manmohan Singh, had said that he enjoyed “immunity status” in his capacity as head of state, New York-based lawyer Ravi Batra has alleged that the lawsuit against Modi is a publicity stunt.

“That the case is dead on arrival on the law, or that Prime Minister Modi currently has head-of-state immunity is irrelevant to those who use lawsuits to generate only publicity and are equal opportunity haters of India no matter whom the Indians elect as part of India’s stunning democracy: Indian National Congress or the BJP,” Batra said. (Also Read: United States is our natural global partner: Narendra Modi)

The SFJ and AJC differed. “Plaintiffs are invoking US laws which provide remedy to the victims of gross human rights violations. The genocidal attacks on and organised killing of Muslims in 2002 under the leadership of Modi qualifies as tort under the US and international laws,” argued Gurpatwant Singh Pannun, legal advisor, American Justice Center (AJC).