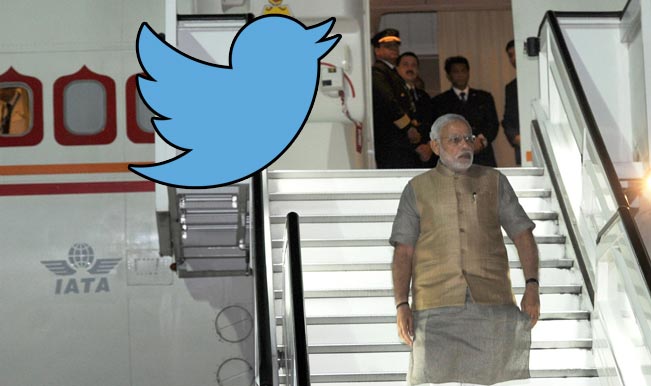 Also Read - Land of Afghanistan Should Not Be Used To Spread Terrorism In Any Country: PM Modi at SCO-CSTO Outreach Summit

While millions are awaiting in United States to see a glimpse of Indian Prime Minister, or may be attend his speech, there comes a summons on his way. Although it has not disrupted any proceeding until now, Indians in the country seems to furious about the recent developments. Twitter has been flooded with tweets against America and the President Barack Obama for allowing such an event while Narendra Modi is visiting the country. Also Read - Recent Developments in Afghanistan Prove Radicalisation Biggest challenge to Peace: PM Modi at SCO Summit | Key Points

A federal court issued a summons over his controversial role in the 2002 Godhra riots in Gujarat. The summons was issued by the Federal Court of Southern District of New York after a case was filed by American Justice Centre, a non-profit human rights organisation. The organisation filed the case on behalf of two survivors of the horrific incident and called for a response from Modi on the Alien Tort Claims Act (ATCA) and the Torture Victim Protection Act (TVPA). It was also reportedly said that the Prime Minister requires to respond to the summons within 21 days after it is served.

While some Twitterati say that United States should learn how to treat guests, others say that it seems like it was a planned by the US government to malign Modi’s reputation.

Here are some of the furious tweeples tweeting on the incident

All such Human right groups be banned for ever. No such NGO in the name of Human right be allowed in any country. http://t.co/bAX77iiH8p

Why does it seem like Obama admin is part of these games? US court issues summons against Modi in 2002gujarat riots http://t.co/28GPThpi4q

It seems Modi has been invited to the US to be humiliated. http://t.co/AYaWGGET7g http://t.co/MSwwYXFuoj

Such a cowardly act to summon the PM of a country when he is on tour. US govt should interfere. #ModiInAmerica http://t.co/yXUEJnJDB7

Of course summons against Modi in the US are timed – did you expect a decade-long, well-funded, anti-Modi lobby to not to try this?

That US federal court should mind it’s own business. Summons to PM Modi in New York for 2002 is preposterous!

US Admin has 2 sort out gratuitous summons 2 PM. It’s not Ind’s problem but US provocation. If needed, Modi shld return after UNGA, skip DC

US Govt should resolve this frivolous court summons before we file a case for multiple war crimes against them http://t.co/DiRvbURmKh

@BarackObama action of your justice centre is criticizable to issue a summons against greatest diplomat PM of a Mr.Modi? Where’s immunity?