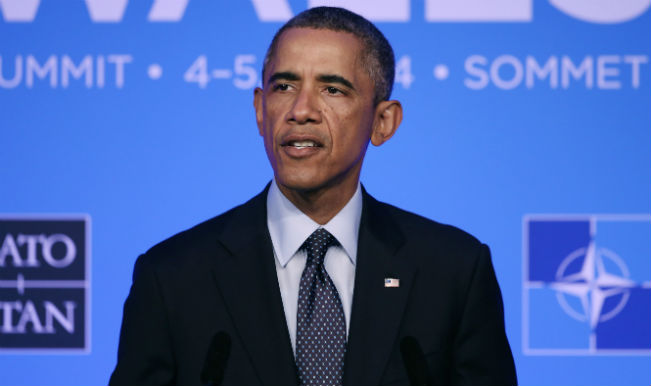 Washington, Sep 16: President Barack Obama has identified India among 22 major illicit drug-producing or drug-transit countries that “significantly affect the United States” and asked it to support Afghanistan’s counter-narcotics efforts. Of these 22, three countries — Bolivia, Burma, and Venezuela — “failed demonstrably” during the last 12 months to fulfill their obligations under international counternarcotics agreements and conventions, he said in a memo to the secretary of state. Also Read - Ladakh Standoff: India, China Hold Sixth Round of Corps Commander-Level Talks at Moldo

Such a designation can lead to sanctions. But the president granted Burma and Venezuela National Interest Waivers under the Foreign Relations Authorisation Act (FRAA) as he determined that support for programmes to aid these countries remained vital to the national interests of the US. Besides India, other countries on the list were: Afghanistan, the Bahamas, Belize, Bolivia, Burma, Colombia, Costa Rica, Dominican Republic, Ecuador, El Salvador, Guatemala, Haiti, Honduras, Jamaica, Laos, Mexico, Nicaragua, Pakistan, Panama, Peru, and Venezuela. Also Read - Schools Reopening From Monday: What is Partial Resumption? Is There Any Compulsion to Attend Classes? FAQs Answered

A country’s presence on the list does not necessarily reflect its counternarcotics efforts or its level of cooperation with the US on illegal drug control, the State Department clarified. The designation can reflect a combination of geographic, commercial, and economic factors that allow drugs to be produced and/or trafficked through a country, it said.

The presidential memo also noted that opium poppy trade in Afghanistan threatens domestic institutions, subverts the legal economy, and undermines good governance and the capacity of the Afghan people. US support for Afghanistan after 2014 would focus on maintaining established infrastructure and improving security, it said.

The US is also working to secure more bilateral and multilateral assistance from the international community beyond programmes that are already in place. At the same time, it is in the best interest of countries in the region with high levels of opium-product abuse to support Afghanistan’s counter-narcotics efforts, the memo said.

This includes Afghanistan’s immediate neighbours — Iran, Pakistan, and Russia — as well as other nations such as India and China. There is also an increase in transshipments of Afghanistan heroin going to Canada, a development of concern that is being addressed by Canada with support from the US, the memo noted.