Agra, Sep 7: In the times of religious intolerance, 18-year-old Pooja is setting an example for rest of the world to follow. Pooja Kushwaha, a class 12 student teaches Quran to Muslim children in Agra’s Sanjay Nagar colony. Pooja caught interest in reading and understand the holy scripture after a woman named Sangeeta Begam of mixed religion taught her the language and the Quran. When Begum could no more continue with the classes, Pooja took her place and started imparting the knowledge that she had acquired.  She teaches children of background classes whose parents are not equipped enough to send their kids to schools to learn Urdu. In the beginning, Pooja taught children at her home, but with increasing number of students she accepted the offered to shift to a nearby temple. Pooja teaches Quran to around 35 Muslim children in an open-air classroom. Also Read - Farmers Protest: Delhi Borders Closed, Delhi Traffic Police Asks Commuters to Take Alternative Routes

Times of India quoted Reshma Begum, mother of one of the students as saying, “It is a marvel to see her achieve this rare distinction at so young age. I am very pleased to have her as my kid’s teacher. Her religion is the last thing on my mind or any other parents’ that I know.” (ALSO READ: Muslim girl from Karnataka tops in Ramayana exam, scores 93%) Also Read - Akshay Kumar Meets Yogi Adityanath, Discusses Possibilities For Film Shooting in Uttar Pradesh 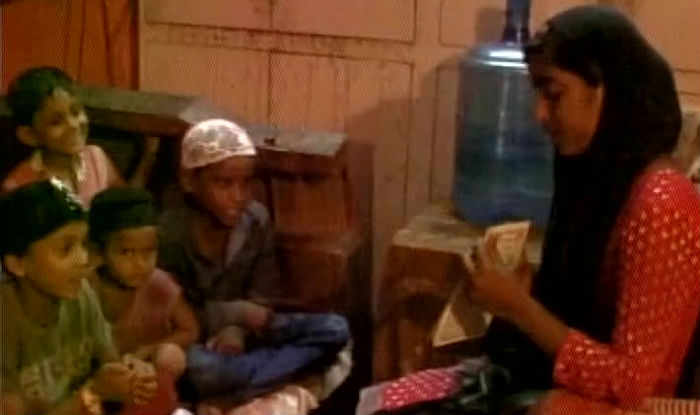 Pooja told TOI, “Many years ago, there was another woman of mixed faith in our locality. Born to a Muslim father and Hindu mother, Sangeeta Begum used to hold Quran classes for the kids. I got interested in the holy book and started attending her classes. I made steady progress and was ahead of all others in her class soon.” She also added saying, “Want to teach my students that there is no distinction between Hindus and Muslim, all differences are man made.” (ALSO READ: Muslim girl Maryam Asif Siddiqui wins Bhagwad Gita contest)

Muslim leaders in her locality have highly praised the girl and her initiative. 70-year-old Haji Jamiluddin Qureshi, a prominent Muslim leader in the city expressed his pleasure on seeing such rare examples in times of religious distress. In February, 13-year-old

In a similar incident, 12-year old Mariyam Asif Siddiqui from Mumbai topped in Bhagwad Gita competition organised by the International Society for Krishna Consciousness (ISKCON).  She won the contest from among 4,500 students who appeared for the competition in Mumbai. Mariyam said that she learned from Bhagwad Gita that humanity is the biggest religion.

While communal polarisation continues in one part of the country, youth, on the other hand seems to be interested in the scriptures of other religions than their inherited ones.