New Delhi, January 29: With almost fifteen days left for Uttar Pradesh assembly elections, which will start from February 11, a recent survey conducted by a polling agency projects Bharatiya Janata Party (BJP) as a winner. The 2017 UP polls will be conducted in seven-phase and the results will be declared on March 11. According to VPD Associates, an opinion poll agency, the BJP will emerge as a winner in UP elections. Also Read - Youth Shot Dead in UP's Prayagraj, Blamed Tablighi Jamaat of Spreading COVID-19

According to the polling agency, BJP is likely to get 207 seats out of 403 assembly seats in Uttar Pradesh with a vote share of 33.80. If it is true then the BJP is all set to form the government with majority in Uttar Pradesh where the party has been out of power since long time. In 2012 UP elections, the BJP had won 47 seats but the party made a breakthrough in 2014 Lok Sabha elections where it had won 73 seats out of 80. Also Read - Do Not Compel Students For Fee During Lockdown Period, Gautam Budh Nagar DM Directs Schools

The polling agency also tweeted, “This round of Assembly elections likely to continue the increasing trend of clear majority since this decade. No Hung Assemblies”.

The opinion poll has been conducted by the agency from January 23 to January 28 in which the organisation has covered 41 districts. The agency claims to have covered 87 out of 403 constituencies in poll-bound Uttar Pradesh and had spoken to around 10,000 people. The agency further claims that in the opinion poll 81 per cent of voters’ views were gathered from rural areas whereas 19 per cent from urban areas of UP. 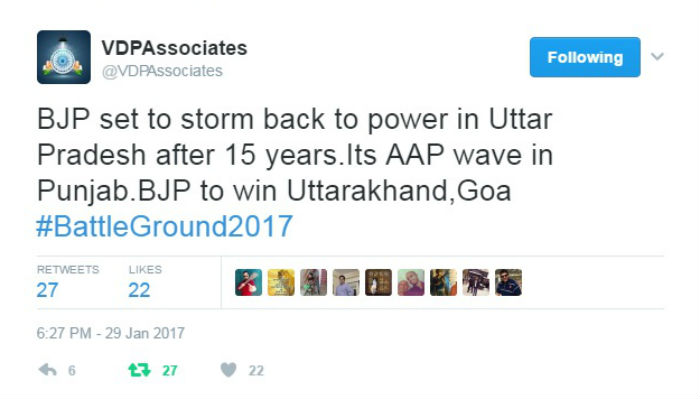 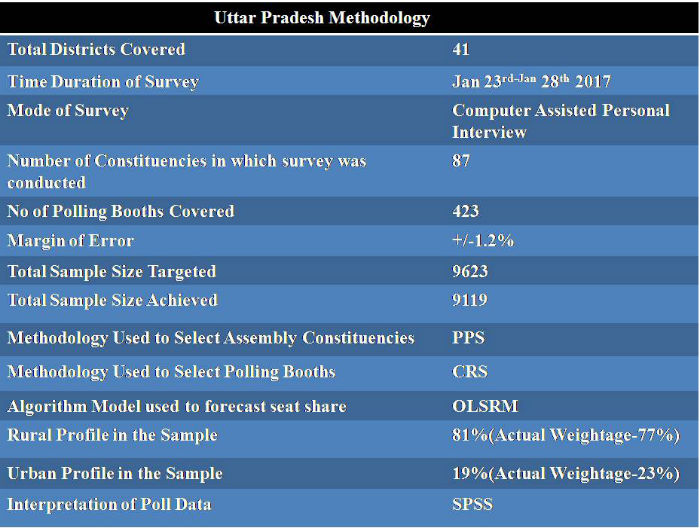 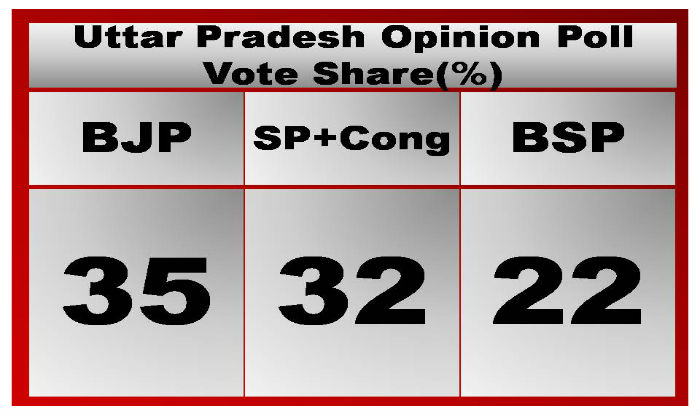 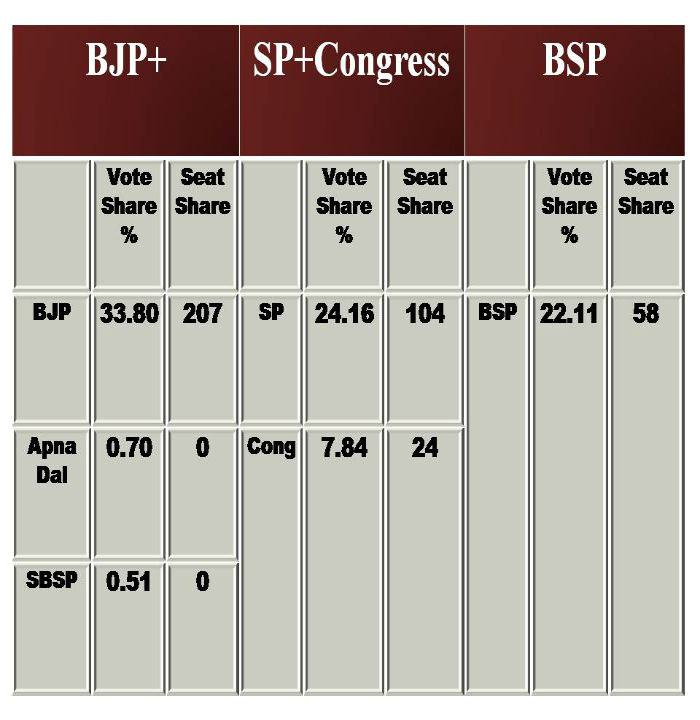 The Uttar Pradesh Assembly elections 2017 will be held from February 11 and will end on March 8 in seven phases. The results will be announced on March 11.