The raid is underway and the exact amount of money would be ascertained later, sources said. The input suggested that some accused persons were hoarding the money with demonetised currency notes of Rs 1,000 and Rs 500 worth over Rs 80 crore, Times of India reported. Also Read - UP Rains: 24 Dead in 3 Days as Walls, Houses Collapse Due to Heavy Rain in Uttar Pradesh 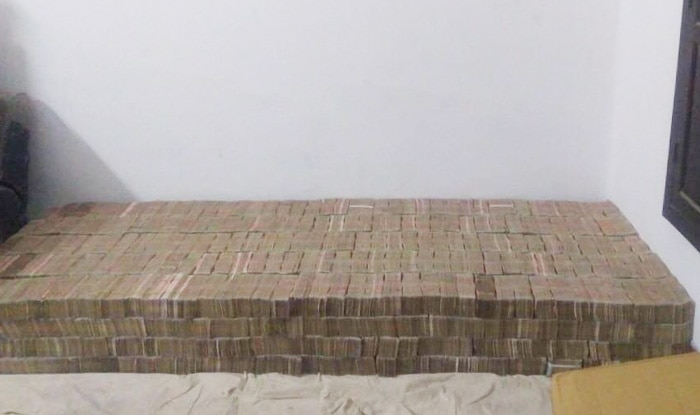 “We received information of the presence of demonetised currency worth crores at a person’s residential premises in Kanpur. A raid was conducted, and RBI and I-T department officials were informed about it. The final amount is not yet ascertained as search and counting are underway. The questioning is on,” Kanpur SSP AK Meena said.

Demonetized currency worth crores seized from a residential premises in Kanpur, counting underway, questioning on. (Outside visuals) pic.twitter.com/wmWB1Tyu0z

A police official said that a builder from Sisamau led the team to the site where the demonetised currency was stocked. It is being suspected that the cash was hidden with an intention of converting them into legal currency through illegal means.

“We got the information that huge amount of demonetised currency was being stored in an under construction house in the Swarup Nagar locality of Kanpur…Since there was no terror angle involved, the information was shared with the UP police and a joint raid was conducted,” said a senior NIA official who spoke on the condition of anonymity, the Hindustan Times reported.

On January 14, demonetised currency notes with a face value of Rs 1 crore were seized from a vehicle at Uppiliapuram in Tamil Nadu and four persons detained in this connection, police said.

Two months ago, the NIA recovered Rs 36 crore worth demonetised currency from nine persons in Delhi in connection with its Jammu and Kashmir terror funding probe. The federal agency is set to file its chargesheet this week.