Anandji Dossa gave birth to to statisticians and scorers in Cricket. 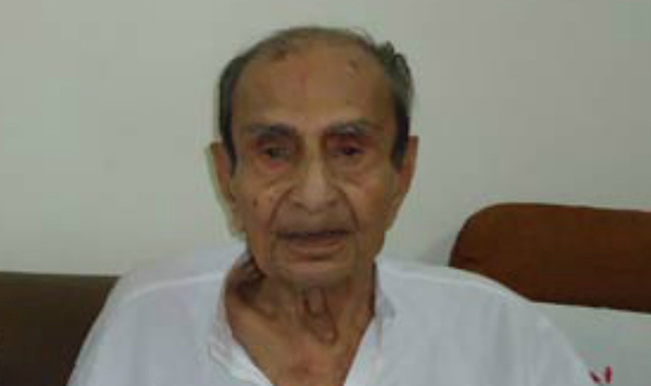 New Delhi, Sep 23: Veteran cricket historian and statistician Anandji Dossa has passed away at the age of 98 in New York. Considered the most well-respected in his chosen field, Dossa breathed his last yesterday.  Dossa, along with his wife, had moved to the United States of America last year to be with their daughters. Also Read - 16 Countries Provide Visa-Free Entry to Indian Passport Holders: Govt Tells Rajya Sabha

A former cricketer who was mostly a reserve in Mumbai’s Ranji Trophy squad, made his presence felt in Indian cricket by introducing the culture of scoring and stats. He did live scoring for all major cricket tournaments for the All India Radio for the first three decades of independent India. Dossa can also be credited with grooming cricket statisticians and scorers. Also Read - Ladakh Standoff: 13 Hours of Marathon Talks Between India, China Fail to Bring Any Breakthrough, Claim Reports

Dossa also authored many books, including Duleep – the Man and his Game (co-authored with Vasant Raiji), Cricket Ties: India-Pakistan and Art of Scoring (in Gujarati). Once he donated most of his collection to the Cricket Club of India, former CCI and BCCI president Raj Singh Dungarpur preserved it by starting the Anandji Dossa Library on the premises of the club.