"Terrorists attacked a police party in Barzulla area of district Srinagar. The entire area has been cordoned off. Further details shall follow", said Kashmir Zone Police.

New Delhi: Two policemen were martyred after terroristssts fired bullets at security forces in Baghat Barzulla of Srinagar district in Jammu and Kashmir on Friday. A senior police officer said that the terrorists shot the two policemen from close range. “They were taken to a hospital where both of them succumbed”, he added. The slain policemen have been identified as constables Sohail and Mohammad Yousuf.Also Read - Foreign Delegation to Visit Jammu And Kashmir Today To Assess Development

As per the TV reports, The Resistance Front (TRF), a frontal organization of Pakistan-backed terror outfit Lashkar-e-Taiba (LeT) has claimed responsibility for the brazen attack.

The terror incident comes nearly a week after the Jammu and Kashmir police arrested Zahoor Ahmad Rather alias Khalid, a terrorist affiliated with TRF (The Resistance Force) who had killed one Police personnel in Furrah, Kulgam, and three BJP workers in Vessu last year.

News agency ANI has tweeted the video of the terror incident. Watch it here:

This is the second attack in the city in the past three days. Militants shot at and injured son of a restaurant owner in high-security Durganag area of the city on Wednesday.

The attacks in the city came as a 24-member delegation of envoys from various countries visited Jammu and Kashmir on Wednesday for assessing the ground situation in the union territory. 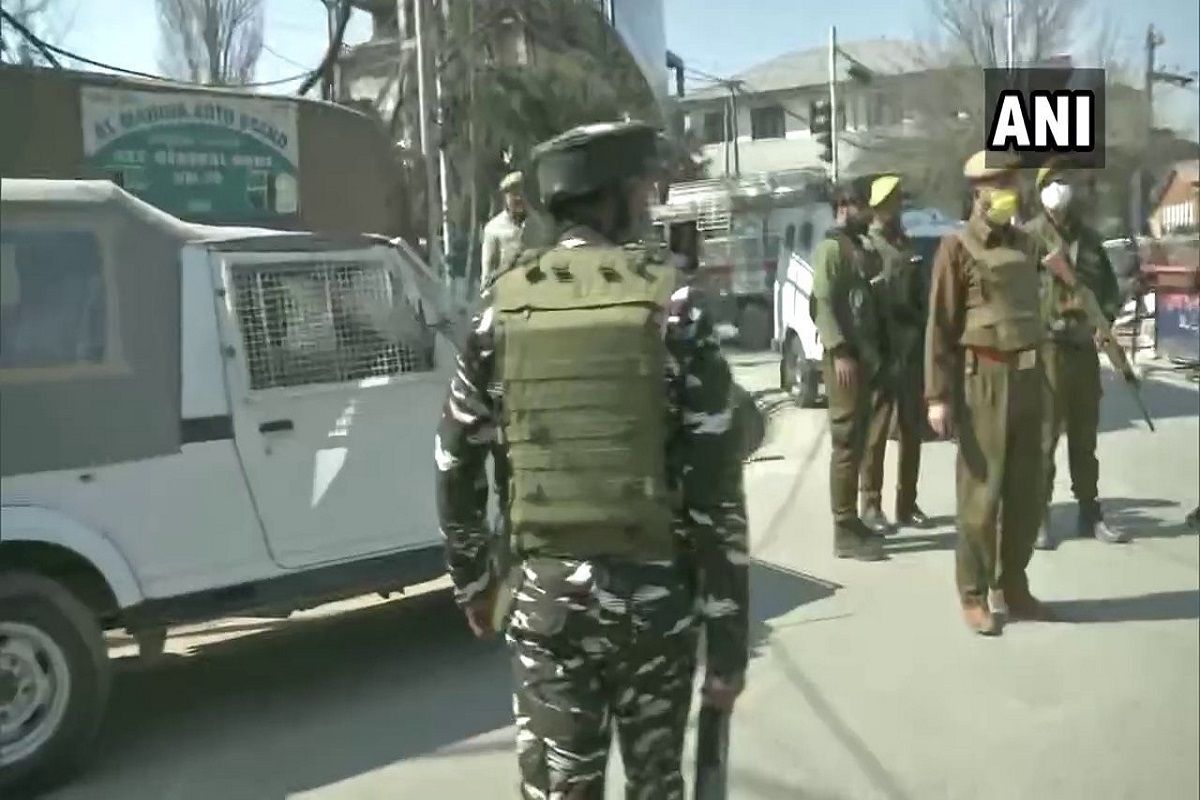 All You Need to Know About TRF

In March 2020, two new terrorist organizations were formed — TRF and TMI ( Tehreek-e-Millat-e-Islami ). TRF uses a non-religious name was created to step up militancy in response to the abrogation of Article 370.

Reports claimed that the terror outfit has been involved in the killing of 11 political workers last year. Of the 11 assassinated, 9 were associated with the BJP.