At least eight persons, including doctors, staff members and security guards were injured in the incident. Chairs were seen overturned in the waiting area, cabin walls shattered and blood was splattered all over the floor.

New Delhi: Violence broke out between doctors, nurses and kins of a COVID-19 patient who died after not finding a bed at Apollo Hospital in Delhi’s Sarita Vihar on Tuesday. Alarming images and video of blood-splattered floor and vandalised doors and objects inside the hospital surfaced on the internet.Also Read - Maharashtra Will Impose Another Lockdown If...: Guardian Minister Drops Big Hint Amid Rising Covid Cases

According to reports, the incident happened today morning after a 62-year-old woman failed to find an ICU bed at the hospital despite all efforts and eventually died from COVID-19. Angry at the management, the woman’s relatives brought out lathis and sharp objects attacked doctors and the hospital staff and vandalised the premises. Also Read - Breaking News Highlights: Union Minister Anurag Thakur Launches Takshashila Sports City in Pune

At least eight persons, including doctors, staff members and security guards were injured in the incident. Chairs were seen overturned in the waiting area, cabin walls shattered and blood was splattered all over the floor. No police complaint has been lodged as of yet. Also Read - Delhi Witnesses Marginal Dip in Covid Numbers, Registers 403 Fresh Cases; Positivity Rate Stands At 1.76%

Here are some visuals from Apollo hospital:

WARNING: IMAGES AHEAD ARE GRAPHIC AND DISTURBING. VIEWERS DISCRETION IS ADVISED. 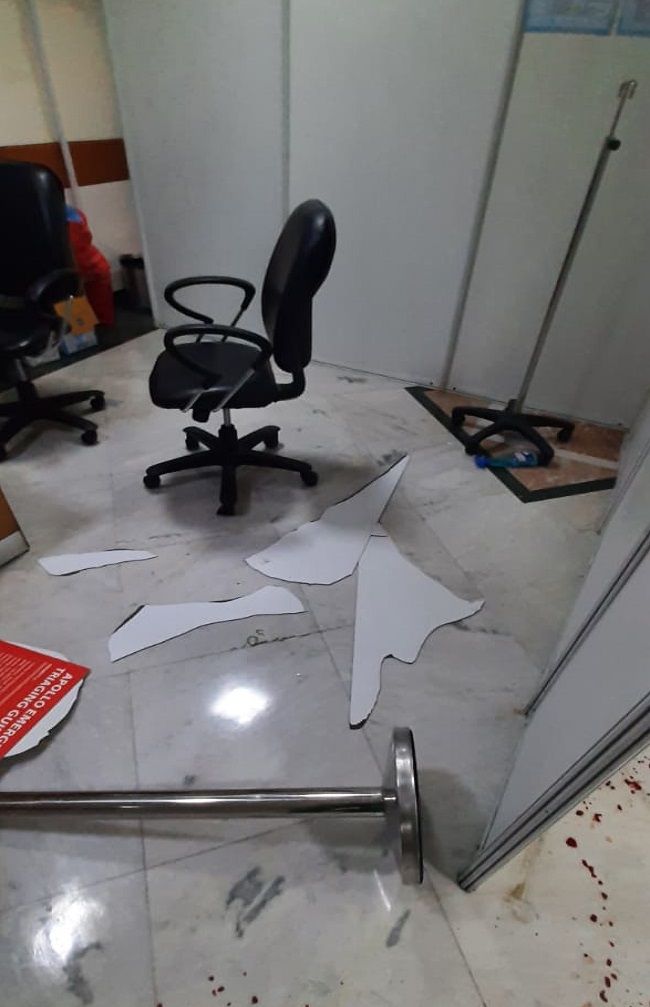 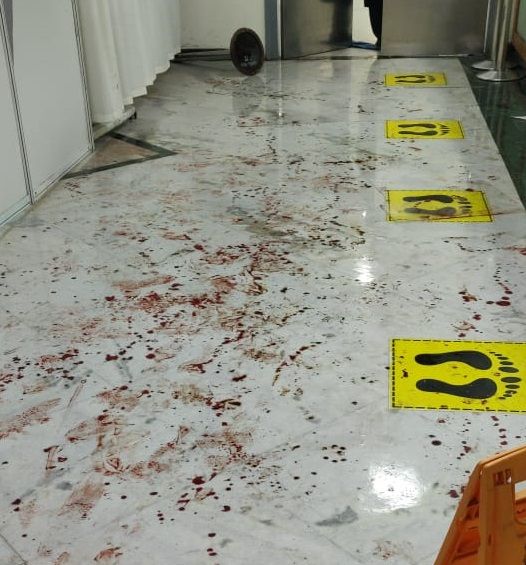 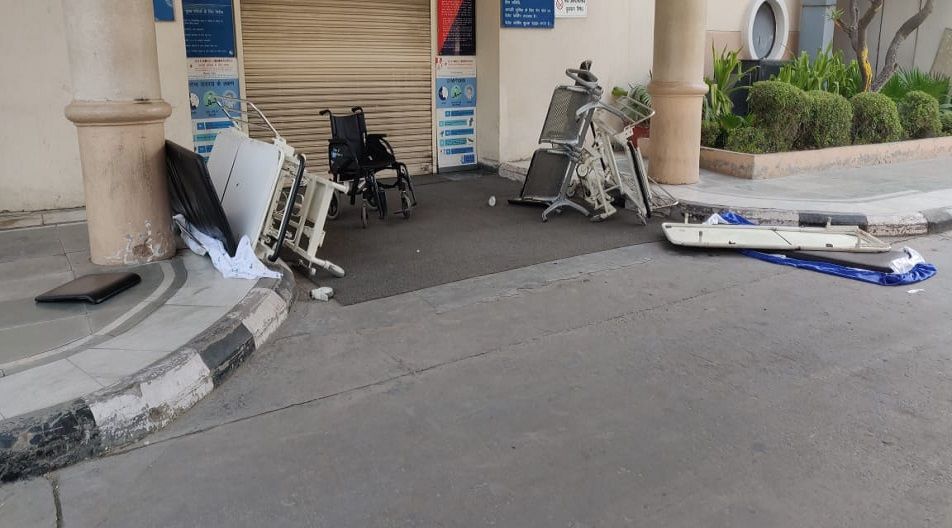 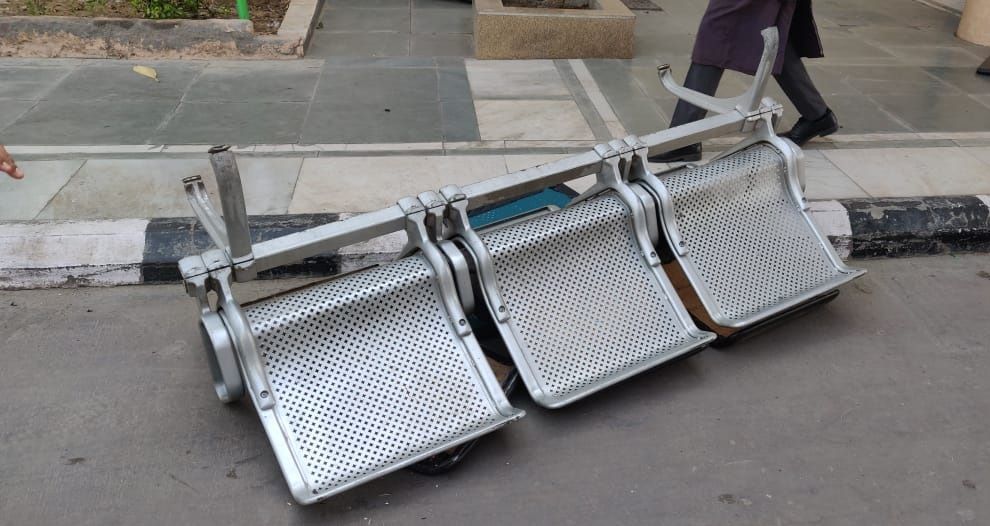 “About seven to eight hospital staff, including doctors and security, have been injured after being attacked by relatives of a COVID-19 patient at our hospital in Sarita Vihar,” a spokesperson of Apollo hospital said.

Delhi Police issued a statement on the incident. “Family members of a 62-year-old woman patient created a ruckus outside Delhi’s Apollo hospital after she died allegedly as she couldn’t get treatment at the hospital. Delhi Police have not received any written complaint in this regard,” it said.

“The overall situation is under control. We have not received any complaints of vandalisation at the hospital. We have held a meeting with the Apollo hospital management and doctors,” said DCP South-East, Rajendra Prasad Meena. Further details are awaited on the matter.