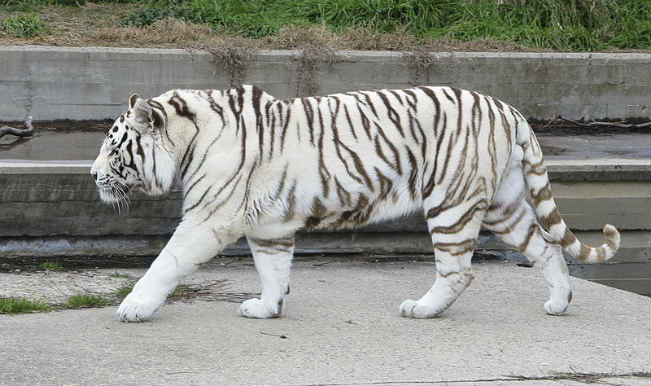 In a terrible incident of its kind, a white tiger killed a youth Himanshu inside a zoo in Delhi. The incident took place around 1:30 pm. According to witnesses, the incident happened as the barricade of the tiger enclosure was low due to which the man in his early twenties slip and fell inside. After which, a fully grown tiger inside the barricade rushed to throw the boy apart. Also Read - ECB Terminates Players' Contracts For The Hundred

According to a report of CNN IBN, the tiger initially did not attack the boy. The witness said, “The tiger didn’t attack him at first. It attacked when the man threw stones at him. The tiger then attacked him. The man tried to run away but the tiger swiped at him, wounding his neck. Then it carried him away and killed him.” Also Read - Zee Digital Witnesses Remarkable Growth, Ranks 3rd on ComScore In January 2020 In News & Information Category

According to people who witnessed the incident the zoo securities came in late to save the boy. One of his friends who was next to the animal when the incident occurred said that he and his friends heard a commotion and rushed towards the tiger to find people throwing stones and sticks inside the enclosure.

Reports say that it is not sure if the man was working in the zoo or was a visitor there.