Meet Major Ralengnao Bob Khathing, The Man Who Got Tawang To India

Major Ralengnao Bob Khathing, who was a Naga from Manipur, was given order by Daulatram to march towards Tawang with 200 soldiers of the Assam Rifles and 600 porters on January 17, 1951 from Chariduwar near Tezpur in Assam.

New Delhi: Nearly 70 years after Major Ralengnao Bob Khathing established Indian administrative control over the border town of Tawang, by reaching the area located near McMahon Line and unfurling the tricolour there, the Arunachal Pradesh government on Sunday honoured the brave Major with a memorial. Before February 1951, Tawang, despite being part of India since 1914 through the Simla Convention, was administered from Lhasa, a city in China.

Major Ralengnao Bob Khathing, was honoured for the first time in presence of Chief of Defence Staff General Bipin Rawat, two chief ministers, a central minister and a governor. Officials said that it was a historic “Valentine’s Day” celebration at Tawang – when respect and love showered to late Major Khathing – as the works for establishing the memorial were formally began yesterday.

As an assistant political officer of the erstwhile North East Frontier Agency (NEFA) and present-day Arunachal Pradesh, Khathing had carried out an audacious operation to bring Tawang under Indian Union in early 1950s under the direct supervision of the then Assam Governor Jairamdas Daulatram. 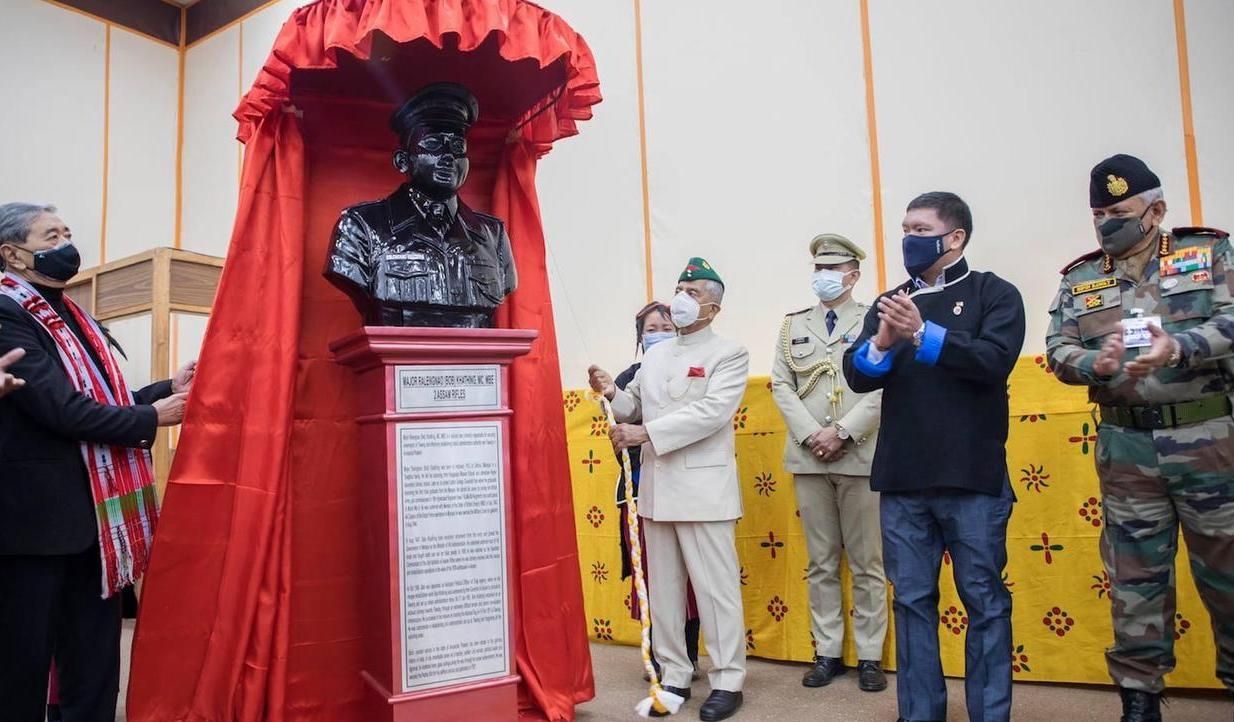 “It a magnificent function where Khathing was honoured. Contribution of the hero of Tawang cannot be forgotten. A due recognition has been given to Khathing, who was so far neglected,” Rijiju said.

Khathing’s family members were also present at the function. Khathing, who was a Naga from Manipur, was given order by Daulatram to march towards Tawang with 200 soldiers of the Assam Rifles and 600 porters on January 17, 1951 from Chariduwar near Tezpur in Assam.

Before World War II, Tawang was under administrative control of the then independent Tibetan government.

Despite several attempts, the British could not annex it. According to the historical accounts of the NEFA, when Khathing and his men arrived in Tawang, he called a meeting on a high-ground near the Tawang Monastery for meeting local tax officials, village elders and prominent people of Tawang.

Khathing used diplomatic skills to win over the locals. He soon realised that the local Monpa community was struggling under the harsh taxes imposed by the Tibetan administration.

He told the local people about India, it’s democracy and assured them that India will never impose unjustified tax on them.

Soon, with the Assam Rifles men, Khathing took control of Tawang, tricolour was hoisted in Tawang and Bumla and the area became part of India.