Delhi Election 2020: Has BJP Conceded Defeat? Is AAP Being Proud? See These Posters

Delhi Assembly Election Counting: "A win doesn't make us proud. Defeat doesn't make us hopeless," the poster accompanied by a smiling face of BJP leader Amit Shah said. The sudden appearance of the poster triggered speculations whether the party has already conceded defeat and embraced stoicism.

New Delhi: As the counting is on, tempers are rising across New Delhi as voters and supporters are waiting with bated breath for the results. While AAP supporters have already started celebrating as early trends were giving massive leads to the AAP, the BJP, too, started catching up as the hours went by. But a poster spotted on Tuesday struck a different chord altogether. (Full Coverage of Delhi Assembly Election 2020) Also Read - Burari Assembly Election Results 2020: In Landslide Victory, AAP's Sanjeev Jha Bags Infamous Seat Against Janata Dal 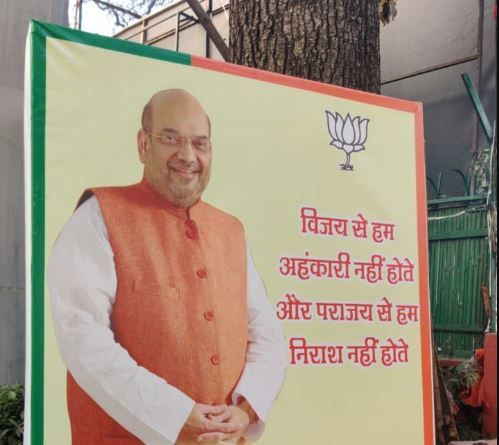 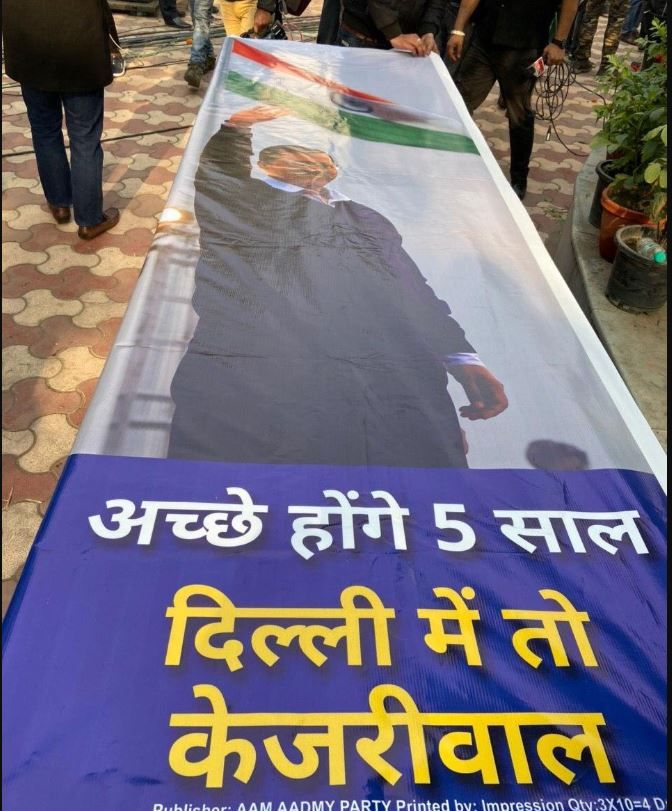 No ifs and buts: The New AAP poster reveals AAP’s confidence that Kejriwal will be the CM for the next five years.

Political analysts are divided over how to describe the early trends as BJP’s performance is noteworthy as from three seats in 2015, the party is ahead in over 20 seats now. On the other hand, AAP too has maintained its clout but it won’t be a washout like it happened in 2015.