Why RSS chief Mohan Bhagwat is wrong about Mother Teresa

The latest volley is from Rashtriya Swayamsewak Sangh (RSS) chief Mohan Bhagwat who claimed that Mother Teresa’s work was a front to convert people to Christianity. 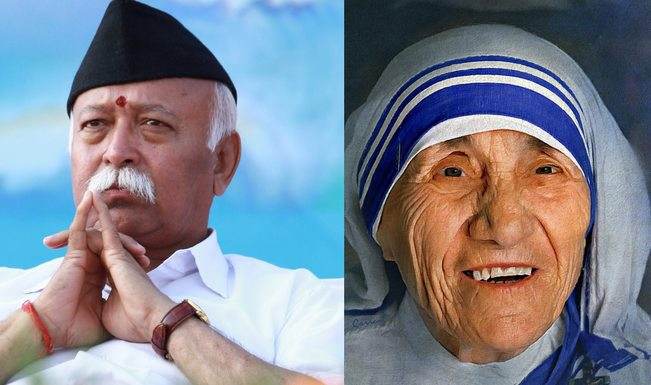 It’s almost impossible to go a day without at least one idiotic comment from a religious or political organisation. It’s almost as if stupidity and/or violence are the only way for them to remain relevant. The latest volley is from Rashtriya Swayamsewak Sangh (RSS) chief Mohan Bhagwat who claimed that Mother Teresa’s work was a front to convert people to Christianity. Also Read - Bird Flu: After Samples Test Negative, Delhi Govt Lifts Ban on Sale, Import of Poultry Products

Bhagwat said: ‘Mother Teresa’s service would have been good. But it used to have one objective, to convert the person, who was being served, into a Christian,’ he said while speaking at a function organised near Bharatpur by NGO Apna Ghar. ‘The question is not about conversion but if this [conversion] is done in the name of service, then that service gets devalued,’ he said. ‘But here [at the NGO], the objective is purely service of poor and helpless people.’ Also Read - Delhi Vaccination Drive to be Held at 81 Centres, Four Days a Week: CM Arvind Kejriwal

As per use, the comments drew flak from politicians across the spectrum with Delhi CM Arvind Kejriwal saying: ‘I worked wid Mother Teresa for a few months at Nirmal Hriday ashram in Kolkata. She was a noble soul. Pl spare her.’ Trinamool MP Derek O’Brien said: ‘Now what will the pinstripe suit say to the khaki shorts about his views on Mother Teresa #condemn.’ Bhagwat made the comments after inaugurating homes for helpless women and children run by the NGO Apna Ghar. 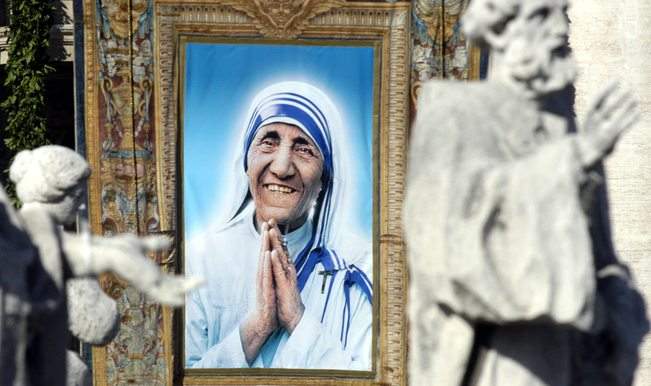 This criticism of Mother Teresa has an almost retro feel, for there was a time when mother-bashing was a popular pasttime. MT left the Loreto House nuns to help those and she has been subject to abuse over the years. Jug Suraiya, humour columnist and author wrote in his book, JS and the Times of My Life:

‘For years the Loreto order that Mother Teresa left to undertake her own mission construed her leaving them as a sort of holier-than-thou slap in the face to their own cloistered status quo. A number of orthodox Catholics felt that her work was too worldly, that it emphasised on the social rather than the sacerdotal, that she was playing the popular gallery.

On the other side of the religious fence, some Hindus felt that her work was a cover for proselytisation – despite the fact that her mission of mercy had never differentiated between creeds, and that Hindus and Muslims far outnumber Christians in her various institutions. There was also a time when Leftist cadres considered her work in the slums to be anti-revolutionary and subversive sop for the exploited.’

The truth is that the world has always been dismissive of those who are different; especially when their intentions seem different from regular human ones. Most of us don’t understand charity, it’s not inherent in out nature and when someone does it, and our first reaction is to be cynical.

The same was true about Mother Teresa’s work. She was criticised by various journalists over the years and subject of a critical documentary by Christopher Hitchens and Tariq Ali titled Hell’s Angels. She was criticised for her anti-abortion stance, for supporting Indira Gandhi’s Emergency and baptising the dying. She was accused of taking funds from the rich and not giving to the poor (like an anti-Robin Hood), the lack of proper medical care in her Home of the Dying Destitutes and for getting high-end medical treatment for her own life. 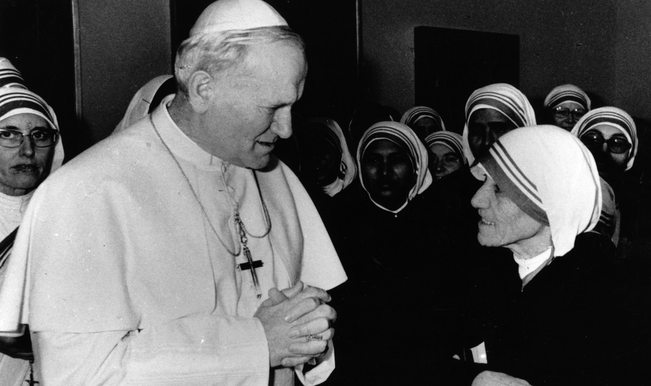 The point is that even if all these criticisms were true, there’s no denying that her good far outweighed the bad. Did the critics, who so vehemently opposed her ever stop to help the poor? Did the doctors who criticised her amateurish methods help those who needed it? Would they selfishly dedicate their entire life to serving those who no one cared for? So what if she told the poor – those who were dying – that they would go to heaven?

If the critics cared so much for their religious brethren why didn’t they take them in? So she believed in a magical sky person – like most people do – and tried to propagate his work. How does that make her any worse than anyone else? But you have to remember that in doing so, if she helped thousands, what’s the harm in that?

It’s not like Mother Teresa accrued billions while telling the government how to do things. Or tell us how many children we should have? Or ask her followers to go around killing cartoonists. She didn’t tell her followers that wearing a stone or donating to her cause will change their lives. She didn’t release badly-made movies which claimed that she was a God walking among mortals!

During her lifetime, Mother Teresa had one response to her critics: ‘No matter who says what, you should accept it with a smile and do your own work’. Or to paraphrase a popular Batman phrase: ‘She’s the hero we deserved, but not the one we need. So we’ll hunt her. Because she can take it. Because she was not our hero. She was a silent guardian, a watchful protector. A white angel.’