The session, which will end Dec 23, is scheduled to have 22 sittings and has 37 bills for introduction and another 19 for passage. 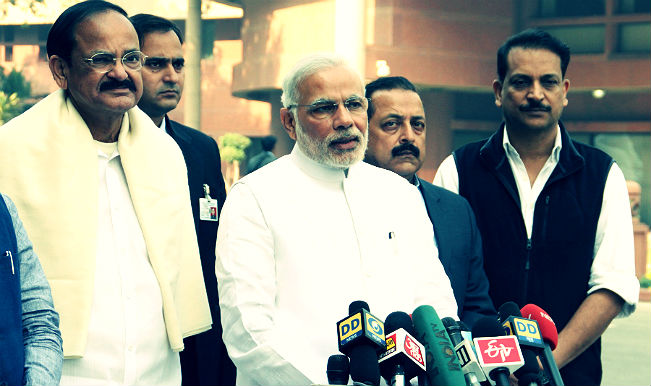 Also Read - Bihar Polls: Rahul Gandhi Accuses PM Modi of Not Talking About Problems Like Unemployment Faced by Our Country

“It was because of the positive role by the opposition that good work (in parliament) could be done in the last session,” said Modi, who hoped for a similar experience this time too. Also Read - Don't Forget Masks, Do Gaj Ki Doori: PM Modi Urges Bihar Voters to Ensure Safety

“The people have given the responsibility to run the government but those who sit in parliament have been tasked with running the country. I hope the session of parliament is fruitful and result-oriented,” Modi told reporters.

“In this cold weather and with a cool mind, we have to do a lot of work.”

The winter session started Monday and both houses were adjourned on the first day after condoling the death of Congress leader Murli Deora, who passed away in the morning.

The session, which will end Dec 23, is scheduled to have 22 sittings and has 37 bills for introduction and another 19 for passage.

The list of important legislations lined up includes the GST bill, Insurance Act amendment bill and the Lokpal Bill amendments.