World’s Biggest Family: Indian man sets record with 39 wives, 94 children and 33 grandchildren all living in one roof in Mizoram

The family lives in the four storey building which is located in Baktwang village, Mizoram

Mizoram, November 7: An Indian man living in Mizoram sets record of 39 wives, 94 children and 33 grandchildren, one of the world’s biggest family living happily under one roof. The family lives in a four stories building in a mountainous village near the borders of Burma and Bangladesh. Also Read - Tremors of 4.3 Magnitude Rock Mizoram Again, 9th Earthquake in One Month

The head of the family Ziona Chana, reportedly said, “I once married 10 women in one year”. The sons and their wives and all their children live in the same building, in different bed rooms but share a common kitchen. Also Read - Medium-intensity Earthquake Jolts Mizoram, 8th Tremor in Nearly 3 Weeks 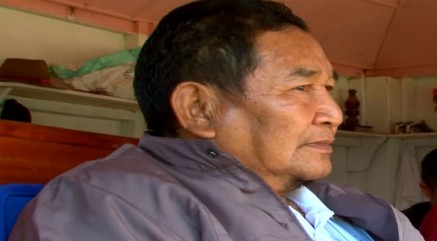 The family has more than 100 rooms, in the four storey building which is located in Baktwang village, Mizoram, where his wives sleep in a giant dormitory. The family of 167, consumes 90 kg of rice and around 60 kg of potatoes a day. Moreover when its time for non-veg food then it takes 30 whole chicken for the family to prepare dinner for themselves.

The wives take care of cooking, while the daughters do cleaning and washing and men do outdoor jobs like farming, jobs and many more.

Ziona reportedly said, “Even today I am ready for marriage and can afford one more wife”. He further added, “I am lucky that God have given me so many people to take care for”. 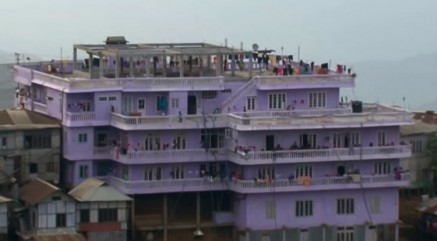 Chana met his first wife when he was 17-year-old. Chana heads a local Christian religious sect, called as ‘Chana’ in which polygamy is allowed.

Chana keeps the youngest women near to his bedroom with the older members of the family sleeping further away and there is a rotation system for who visits Mr Chana’s bedroom.

The Chana sect was formed in 1942 and believes in the returning of Jesus Christ, after which they will be ruling the world with their families.