A strong pitch to reconstitute the party's Political Affairs Committee (PAC) bringing in "new blood" and more "transparency" was made by senior Aam Aadmi Party (AAP) leaders Prashant Bhushan and Yogendra Yadav when a three-member panel met the two to defuse the simmering crisis in the party. 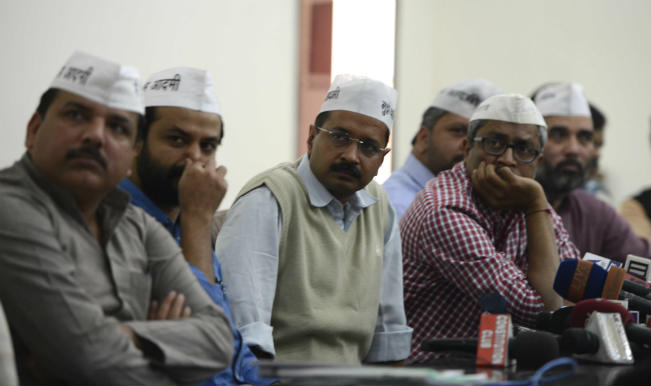 Bhushan is also said to have raised the issues of regular holding of National Executive, National Council and PAC meets, and objected to “importing” of candidates from other parties to contest on party tickets. However, both leaders are said to have agreed that Delhi Chief Minister and party’s National Convener Arvind Kejriwal is the “first among equals”. Also Read - Tear Gas, Water Cannons: 10 Pictures & Videos to Show How Farmers Who Feed Us Are Being Treated | Watch

The panel was formed to defuse the tension in the party and talk to the two leaders and Kejriwal. The two are believed to have highlighted contentious issues like expanding the PAC.

“Yadav was unhappy over candidate selection. He said that unlike the last Delhi election, where opinion was sought from people when candidates were selected and the process was made more participatory by seeking people’s views, the same was not practised this time and the party should take care of this,” said a party source. The panel is said to have met Yadav on Saturday night and the meeting continued for over four hours.

“He (Bhushan) also raised concerns about the importing candidates from outside and only those with clean history and good character should be allowed to contest elections on the party ticket. He wants the PAC to be reconstituted and wanted regional representation, a woman and a dalit face in the PAC.

“Plus, meetings of National Council, National Executive and PAC should be held regularly and conducted on daily basis. Also, there should be proper party structure in other states and there should be an election process in the party,” the source added.

These were the issues the two leaders raised in the National Executive meeting held last week. Bhushan had even threatened to resign over the candidate selection issue in December last year.

In a letter to PAC just before the NE meeting, AAP’s internal Lokpal Admiral Ramdas had noted the growth of two camps within the top leadership of the party due to an “abject breakdown in communication and mutual trust” and said it needs to make efforts to address criticisms over inner-party democracy.