Yogi Adityanath, the controversial Hindutva face of BJP in Uttar Pradesh, is among the three senior leaders who will steer the party's campaign for the September 13 bypolls. 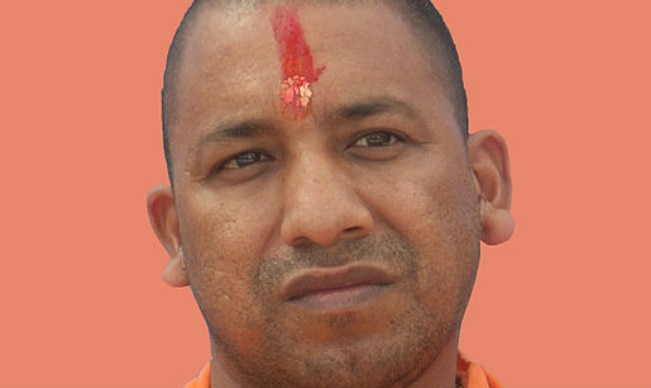 New Delhi/Lucknow, Aug 28: Rabble-rouser Yogi Adityanath, the controversial Hindutva face of BJP in Uttar Pradesh, is among the three senior leaders who will steer the party’s campaign for the September 13 bypolls to 11 Assembly seats and one Lok Sabha seat in the state. Controversial BJP MLA Suresh Rana has also been given the responsibility to campaign in Bijnor constituency. UP BJP chief Laxmikant Bajpai, Union minister Kalraj Mishra and Aditynath have been nominated to lead the campaign for the bypoll, party spokesman Vijay Bahadur Pathak said in Lucknow. Also Read - UP: 10 killed, 40 Injured As Truck Falls Into Gorge in Etawah, CM Yogi Announces 2 Lakh Compensation

Adityanath has sparked controversy due to his strong Hindutva remarks made during campaigning in the past. The 11 vacancies in UP Assembly are the constituencies of Saharanpur Nagar, Bijnor, Thakurdwara, Noida, Nighasan, Lucknow East, Hamirpur, Charkhari, Sirathu, Balha and Rohaniya. The stakes for BJP are high in UP as 10 of these 11 seats are being vacated by its leaders who have been elected MPs while one is being vacated by its ally Apna Dal, where its leader Anupriya Patel vacated the Rohaniya seat after being elected to Lok Sabha. Also Read - Self Defence: Cooch Behar Firing Took Place After Locals Attacked CISF Jawans, Says Election Commission

BJP is putting all its might to win the seats vacated by its leaders in these bypolls even as it aims to form its own government in the state in the next Assembly polls slated in 2017. The party bagged 71 of the 80 Lok Sabha seats in UP in the just-concluded Lok Sabha polls with two seats also going to its ally Apna Dal.

The BJP candidates for the upcoming polls are Rajeev Gumber from Saharanpur Nagar, Hemendra Pal Singh from Bijnor, Rajpal Chauhan from Thakurdwara, Vimla Batham from Noida, Ramkumar Verma from Nighasan, Gopal Tandon from Lucknow East, Jagdish Vyas from Hamirpur, Geeta Singh from Charkhari, Santosh Patel from Sirathu and Akshaywar Lal Gaur from Balha (SC) assembly constituency. The candidate for the Maipuri Lok Sabha seat, which has been vacated by Mulayam Singh Yadav, is Prem Singh Shakya.