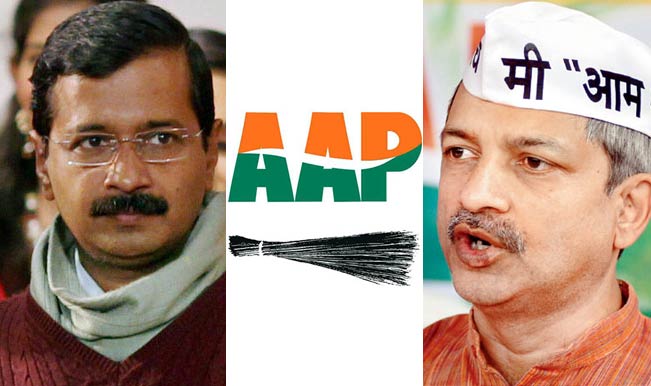 Mumbai, Sep 20: Aam Aadmi Party (AAP) leader Mayank Gandhi was among the six persons booked here after a 21-year-old female party volunteer filed a criminal complaint against them, police said today. While AAP activist Tarun Singh has been booked under section 354 (a) (sexual harassment), 506 (punishment for criminal intimidation), 509 (word, gesture or act intended to insult the modesty of a woman) of IPC, Gandhi and four others have been booked for abetting the crime, a police officer at Oshiwara police station said. Also Read - Sajid Khan Sexual Harassment Case: Model Paula Says She's Ready to File FIR in #MeToo on One Condition

“The offence had occurred in April this year in suburban Oshiwara, ahead of Lok Sabha elections,” said Additional Police Commissioner Milind Bharambe. “Based on the allegations levelled by the victim, an FIR was registered yesterday. The victim alleged that she brought to Gandhi’s notice the sexual advancements of some party workers, but he did pay heed to them. And hence, she approached the local police who registered the FIR yesterday,” Bharambe said. Also Read - Who is Dimple Paul Aka Paula? Know Everything About Model Who Accused Sajid Khan of Sexual Harassment

Refuting the charge of abetting the crime, Gandhi described the complaint as “politically motivated”. “When the female volunteer had complained to me against Tarun Singh saying he was harassing her, I pulled him up and immediately suspended him from the party. I asked the victim if she wanted to lodge an FIR against Tarun, but she refused,” Gandhi told PTI. An internal committee of the party had been enquiring into the matter after it was reported to it, Gandhi said.