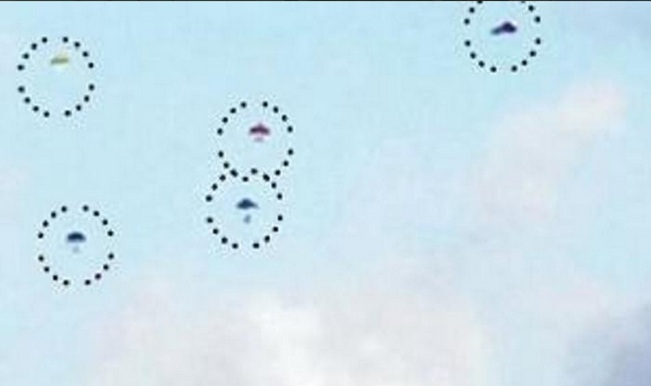 Mumbai, May 26: Mumbai Police on Tuesday solved the mystery of the ‘unknown floating objects’ over the Chhatrapati Shivaji International Airport, which have been identified as advertising balloons and detained two people in connection with the incident, officials said. (READ: Police to file case against diamond company for flying parachute-like objects over Mumbai airport) Also Read - Kapil Sharma Duped of Rs 5.5 Crore By Car Designer Dilip Chhabria, Says 'Happy That He Is Arrested'

The duo is employed with an event management company and accused of releasing at least four-five balloons in the vicinity of the Mumbai airport on Saturday evening, which resulted in a major security scare after they were spotted by a Jet Airways pilot prior to take-off. “We have registered case of negligence against them and are probing whether they had the requisite permissions for releasing these air balloons in a high security zone,” a police official said. Also Read - Woman Fraudulently Uses Ratan Tata's Car Number, Case Exposed After Challan Sent to His Office

The balloons, which were mistaken for UFOs and triggered probes by multiple agencies and immense media speculation, were released on behalf of a diamond export company as a marketing gimmick during a sponsored cricket match held that day at the Kalina grounds, close to the airport. (Image Credits-Twitter)