The state's ruling Congress-NCP combine today failed to iron out their differences on seat-sharing as the two sides refused to resile on the number of seats each wants to contest. 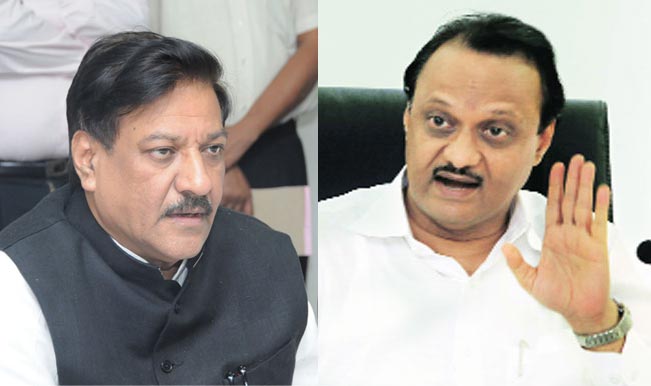 Mumbai, Sep 23: With just four days left before nominations for Maharashtra Assembly polls come to a close, the state’s ruling Congress-NCP combine today failed to iron out their differences on seat-sharing as the two sides refused to resile on the number of seats each wants to contest. In the first direct talks between senior leaders of the two parties since the meeting between Congress President Sonia Gandhi and NCP chief Sharad Pawar on August 6, Congress reiterated its offer of 124 seats to its ally of 15 years, which the latter refused to accept. Also Read - WATCH | Congress MPs Burn Copies of Farm Bills in Parliament, Say 'Will Reduce BJP to Ashes'

Though Chief Minister Prithviraj Chavan declined to divulge what transpired in the meeting, Congress’ election campaign committee chief Narayan Rane said NCP was offered 124 seats, the same number it had contested in 2004. Defending the offer, Chavan said, “In 2009 we got double the seats in Lok Sabha polls so NCP gave us 10 more seats in Assembly. In 2014, NCP got double the seats than us in Lok Sabha so we will give those many seats (ten) back.” NCP has been insisting on contesting half of the state’s 288 seats. Congress had contested 174 seats in the last poll and NCP 114. Also Read - 'Not Allowed to Speak': Congress MPs Walk Out From Lok Sabha, Demand Debate on India-China Border Issue

With no headway in seat-sharing talks in sight, Congress said it will not be responsible for a split in the alliance and asked NCP to accept the seat-sharing proposal mooted by it. “We hope the NCP will accept our proposal. If we take two steps forward to resolve the deadlock, we want our ally to do the same…We will not be responsible for any (possible) break up (of the alliance),” Thakre told reporters.Chief Minister Chavan said Congress’ Central Election Committee has completed the process of finalising candidates for all but few of the 174 Assembly seats the party had contested in 2009. Also, discussions had been held on a contingency plan for the remaining 114 constituencies fought by NCP last time.
“Discussions with NCP are on and a final decision will be announced soon,” the Chief Minister said.

Asked about the sticking points threatening the future of the alliance, which has ruled Maharashtra for 15 years in a row, Chavan said “complex” issues cannot be resolved in an hour. “There are a lot of issues,” he said when asked if NCP had sought Chief Minister’s post for half the 5-year term if the alliance retains power, but declined to confirm it. Rane, however, told reporters in Nashik that such a demand had indeed been put forth by NCP. There was speculation that leaders of the two parties would again meet tonight to try and sort out the issues but both Chavan and Thakre said no such meeting was scheduled.