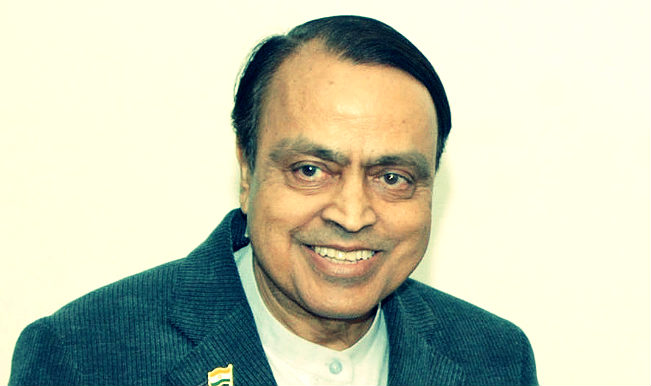 Monday said in a message: “A dedicated leader, Murli Deora’s warm nature made him popular across party lines. News of his demise is saddening. My deepest condolences to Milind Deora and the Deora family on Murli Deora’s demise. May his soul rest in peace.”

The prime minister said that Sunday, he had spoken to the Deora family and enquired about his health.

Murli Deora was a former mayor of Mumbai in 1977-78, and later chief of the Congress party’s city unit for two decades. He was also Lok Sabha MP from Mumbai South, besides being the union minister for petroleum and natural gas, among other important assignments.

Deora’s body will be kept for public darshan at the Mumbai Region Congress Committee (MRCC) office in south Mumbai and the funeral ceremony will be held at 4 p.m. Monday at the Chandanwadi crematorium in the city.

Senior party leaders and politicians cutting across the political spectrum started arriving at the Deora residence to pay their last respects to the high-profile leader.

Deora was one of the pillars of support to the Gandhi family and the Congress.

An economics graduate with a strong pro-US temperament, Mumbai-born Deora had excellent personal relations with top political and business leaders, celebrities and media personalities all over the country.