The Congress veteran held the portfolio of Petroleum and Natural Gas during the UPA1 regime. 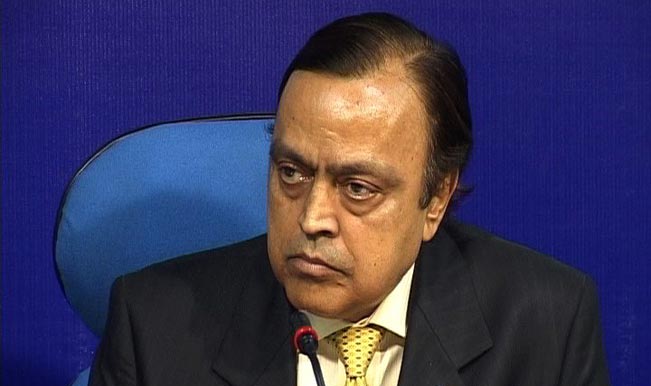 Mumbai, Nov 24: Senior Congress leader and former Union Minister Murli Deora passed away here this morning after prolonged illness.
He was 77 and is survived by his wife and two sons, including former MP Milind Deora. Also Read - 'Unlike UP...': Rahul Gandhi Hits Out At BJP Over 'Gandhis Don't Care' Comment

Murli bhai, as he was known as, died at around 3.25 am. He had been unwell and admitted to hospital. He was brought home two days ago, family sources said. Deora’s mortal remains would be kept at the Mumbai Congress office, where party workers would pay their last respects from 12 noon to 2pm. His last rites would be performed at Chandanwadi Crematorium later in the day, the family sources said. Also Read - Bihar Assembly Election 2020: Migrants Walked Kms Without Food & Water, Did PM Help You Then, Asks Rahul | Highlights

Deora, who held several important portfolios during his decades-long career, first contested the civic elections in Mumbai in 1975. An economics graduate, Deora was Mayor of Mumbai from 1977 to 1978 and elected to Lok Sabha four times from Mumbai South, a seat later held by his son, Milind, who is also a former MP and ex Union Minister.

Deora was serving his third term as a Rajya Sabha MP.

The Congress veteran held the portfolio of Petroleum and Natural Gas during the UPA 1 regime. He had also served as the president of Mumbai Congress for 22 years. He joined the Union Cabinet in 2006, shortly before he turned 70 and led oil diplomacy in Myanmar, Algeria and Egypt, and held talks with ministers from Sudan, Chad, Ethopia and Comoros.