Fadnavis, who is on a tour of Vidarbha, today said the BJP wants the Sena to be part of the government, and expressed confidence that the initiative to bring it on board would succeed. 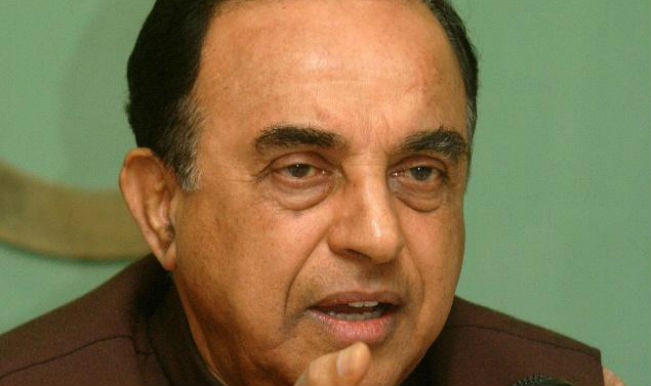 Mumbai, Nov 29 :  A day after BJP formally commenced talks with estranged ally Shiv Sena on the its participation in the Devendra Fadvanis government, senior BJP leader Subramanian Swamy today visited Sena president Uddhav Thackeray’s residence. “I will try to meet BJP president Amit Shah after returning to Delhi. I will also speak to Narendra Modi and Nitin Gadkari. “I will explain to them that if we take along Sena with us, it will ensure a stable government in Maharashtra and will also be a good thing for Hindutva,” Swamy told reporters outside ‘Matoshree’. Also Read - Manusmriti Remarks Row: BJP's Khushbu Sundar Detained on Way to Protest Against VCK's Thirumavalavan

“Uddhav is an old friend. I know him since the time he was a small boy,” Swamy said about his meeting with the Sena leader. “BJP has to take Sena along. Or else, why is there a Sena minister in the Union government,” he said. However, BJP was quick to brush the visit as one in the former Union minister’s individual capacity. “BJP has nothing to do with the visit. Swamy went to Matoshree, the Thackeray family residence in suburban Bandra today, in his individual capacity,” a senior state BJP leader told PTI. Also Read - Bihar Assembly Election 2020: Chirag Paswan Energetic Leader, Raises Issues of His State With Statistics, Says BJP MP Tejasvi Surya

Senior Sena leader Subhash Desai was also present at the meeting at Matoshree. Swamy has earlier voiced his views that Sena should be a part of the Fadnavis-led government. Union Minister Dharmendra Pradhan and state Cooperatives Minister Chandrakant Patil met Thackeray at Matoshree last evening for one-and-a-half hours. They left the venue without speaking to the waiting mediapersons. Pradhan and Patil are expected to brief BJP central leadership about Thackeray’s response during the parleys. Before leaving for Matoshree, Pradhan had said BJP had an “open mind” on holding the talks.

Fadnavis, who is on a tour of Vidarbha, today said the BJP wants the Sena to be part of the government, and expressed confidence that the initiative to bring it on board would succeed.