In a weird incident, two people hired goons and attacked a WhatsApp group admin after being removed from the group. 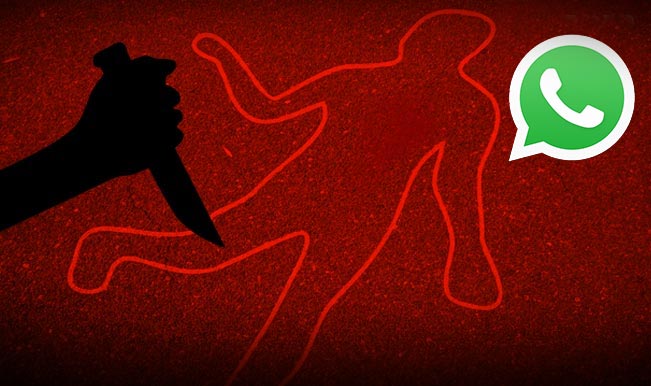 Also Read - WhatsApp Tips And Tricks: Guide On How To Use WhatsApp Web Without Using Your Smartphone | Checkout Video

Thane, May 31: In a weird incident, two people hired goons and attacked a WhatsApp group admin after being removed from the group. The incident took place in Ulhasnagar of Maharashtra where the two removed members along with the goons stabbed a person with knives just because he dropped them from a WhatsApp group. Also Read - Big WhatsApp Update: WhatsApp Brings Custom Sticker Feature For Desktop Users, Here's How To Use It On Web Version | Watch Tutorial Video

As per reports, Bunty Kursija, a cloth merchant was running a WhatsApp group named ‘Jai Ho’. Anil Mukhi and Naresh Rohera were among the members of the group. The two people were allegedly posting vulgar and obscene messages continuously in the group. Despite several attempts by Kursija to discourage them, Mukhi and Rohera continued their antics. Kursija soon removed them from the group. (Also Read: Top Australian businesses back same-sex marriage) Also Read - Facebook Messenger, Instagram Postpone Encryption Of Messages To 2023. Details Here.

Mukhi and Rohera were offended and decided to take revenge. First, Mukhi and Rohera threatened Kursija. They then raked up an old issue some money that Kursija owed Mukhi. When Kursija refused to give up, they hired two goons – Babu Gaekwad and Bablya. Both the goons went to Kursija’s shop and demanded Mukhi’s dues from him. When Kursija refused to pay up, Gaekwad and Bablya stabbed him with knives.

Kursija who was rushed to a hospital is stable now. In his statement given to the police, Kursija accepted that he had borrowed some amount from Mukhi and Rohera and that the two were pressurising Kursija to pay the dues. Kursija failed to repay them. The duo’s removal from the WhatsApp group was the final straw and they took a harsh step.