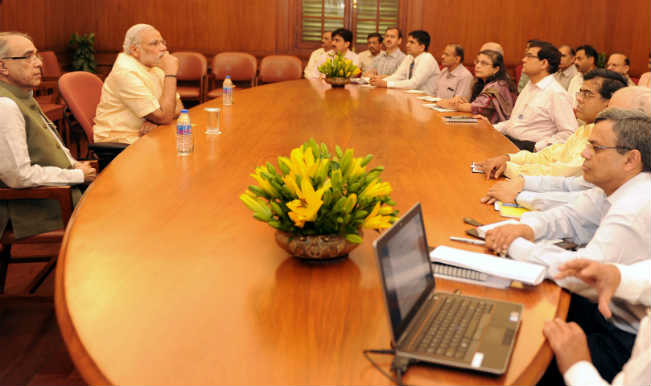 New Delhi, May 26 : With his government in the midst of highlighting its achievements on the completion of one year in office, Prime Minister Narendra Modi on Tuesday praised the officials working in the Prime Minister’s Office (PMO) for their “hard work and dedication. Government functionaries and the common man think alike, and if given the right atmosphere, the government machinery can deliver results for the common man”, Modi said. (READ : Narendra Modi to IAS officers: Keep public interest topmost) Also Read - PM Modi to Launch India's Vaccination Drive on Jan 16 | This is What Centre Has Planned

Modi, who interacted with all officers of the PMO at South Block here, called them “Team PMO” and pointed out that given the right atmosphere the government machinery could deliver results.He was also given an overview of various reforms and changes initiated in the PMO over the last one year, an official release said here.The prime minister was felicitated by the officers on the completion of one year of the BJP-led government in office.