Saif Ali Khan and Amrita Singh‘s daughter, Sara Ali Khan is all set to make her Bollywood debut this year. She has two films in the pipeline, both of which are releasing this year. While Kedarnath, helmed by Abhishek Kapoor and starring Sushant Singh Rajput is all set to hit screens in November, Simmba that has Ranveer Singh as the lead star is all set to release in December.Also Read - Bigg Boss 15: Aditya Narayan Reacts To Reports Of Participating In The Show, Here's What He Has To Say

Well the aspiring actress was in Hyderabad where she was shooting for her upcoming film, Simmba along with Ranveer Singh and Rohit Shetty. The film went on floors in the previous week and since then the team had been extensively shooting in the South city. Today, she was spotted at the Mumbai airport. Sara looked stunning as ever in a gorgeous blue Lucknowi kurti and white leggings with a checkered dupatta. Looks like she has come back to the city to resume shooting for Kedarnath. Also Read - Bigg Boss OTT: Sidharth Shukla-Shehnaaz Gill To Be Part Of The Show As Contestants? 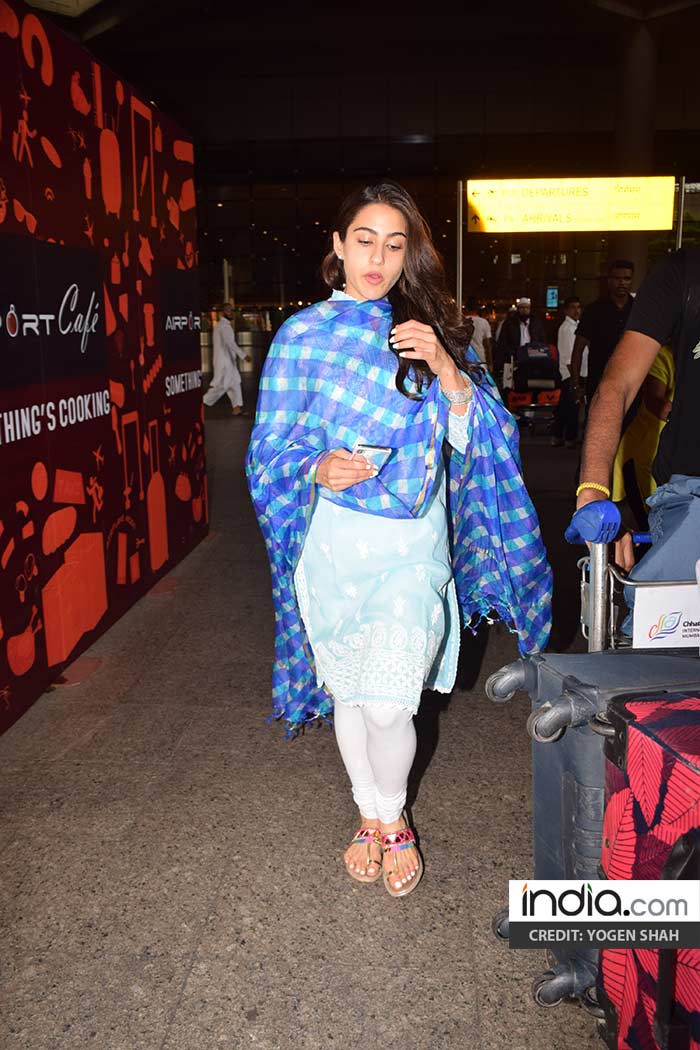 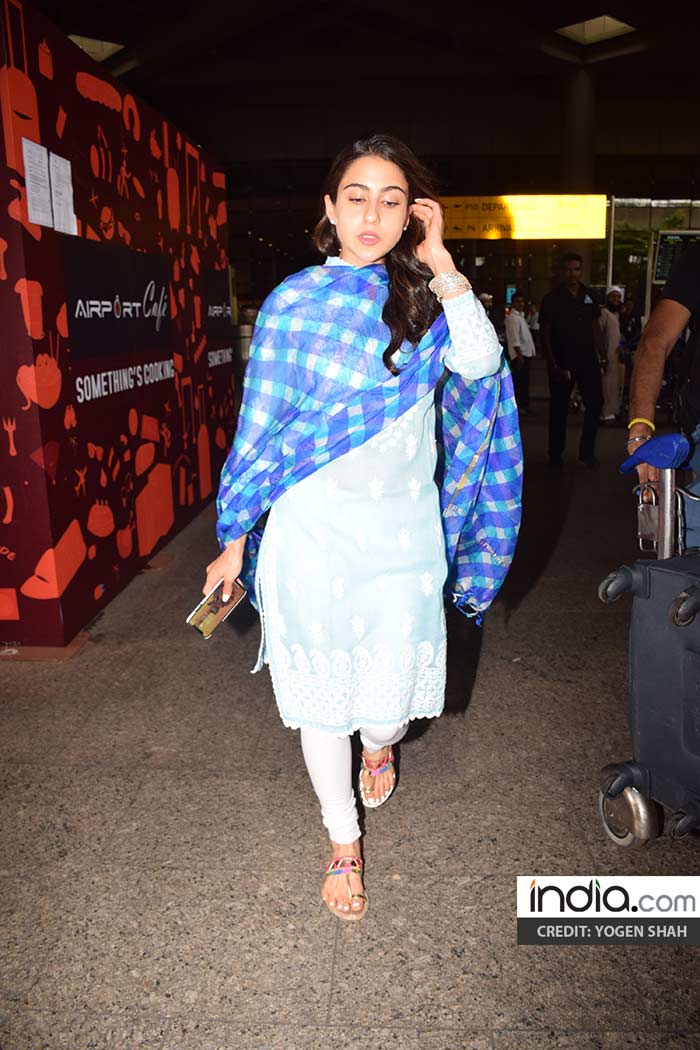 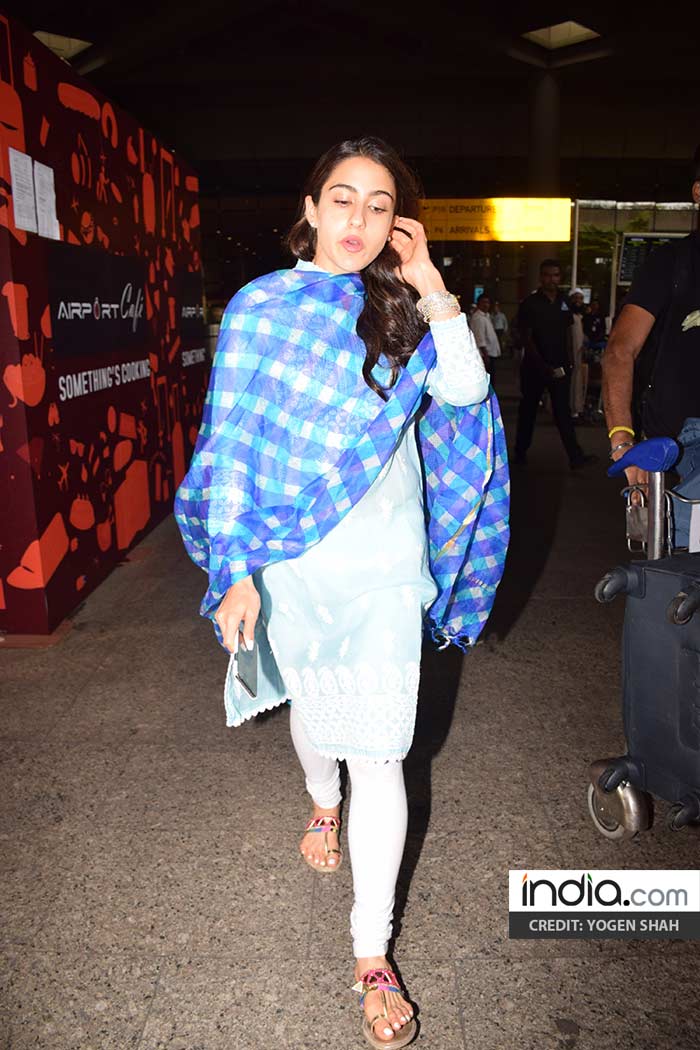 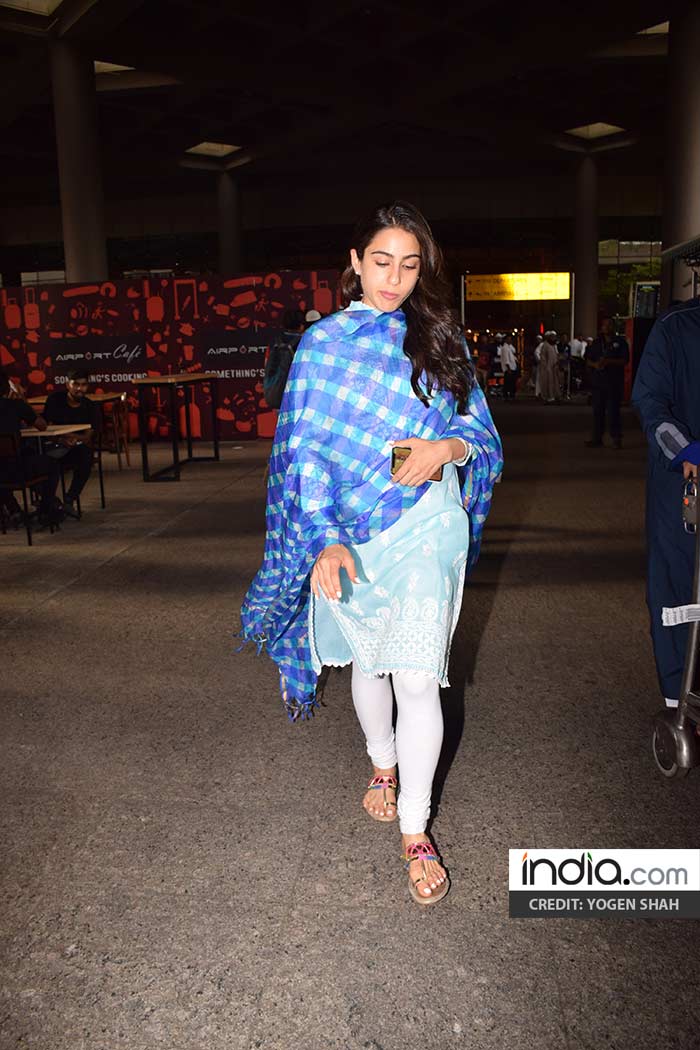 The actress was clicked as she made her way from the airport to her car. Speaking about Simmba, the film is the Hindi remake of the popular Telugu film, Temper. This is the first time that Ranveer and Sara are starring opposite each other and working with Rohit Shetty. We just can’t wait to see them sizzle on screen. Our excitement has particularly piqued after we saw Ranveer’s first look from the film last week. His dialogue has left everyone excited for the film. Rohit Shetty and Ranveer were also seen pulling her leg as they compared her to Amrita Singh.

Sara’s debut was in troubled waters for the longest time as Kedarnath was stuck in some serious legal battle. It was then that Sara had signed Simmba, however, once the legal hassles surrounding Kedarnath were solved, the producers of the film sued Sara over the dates allocated for the film. Sara’s father, Saif, intervened at the right time to salvage the issue. Kedarnath is based on a love story set in the background of the Uttarakhand flash flood which had rocked the religious city in 2013.