Taimur Ali Khan never ceases to leave us in awe of his cuteness. He just needs to show up to liven up our day. Lately he has been sporting a new summer hairstyle that we absolutely adore. He sported the look for the first time on Sonam Kapoor-Anand Ahuja’s wedding on May 8th. Dressed up in an all pink avatar with that new bun we’re talking about, the munchkin looked absolutely delectable. For a moment, the shutterbugs forgot the reason they were all present there in the first place and went click, with all their attention on the Chote Nawaab. Also Read - Neena Gupta Reveals To Kareena Kapoor Khan She Was on Verge of Getting Married, But He Canceled Wedding At Last Minute

Today too he was seen sporting this new hairstyle, making us all look at him in awe. Wearing a white shirt and grey shorts and the bun, Taimur looked absolutely cute as a button. He was snapped outside his playschool, in his nanny’s lap. These days he is seen lot either at his playschool or at aunt Amrita Arora’s residence. Also Read - As Boycott Kareena Kapoor Khan Trends, Netizens Demand Kangana Ranaut, Yami Gautam To Be Offered Sita's Role

Well, anyway take a look at his pics below : 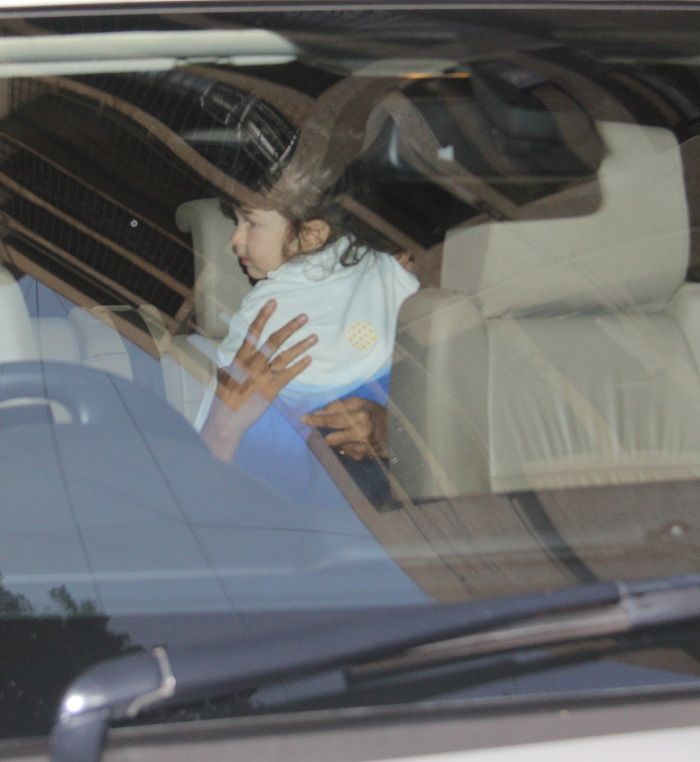 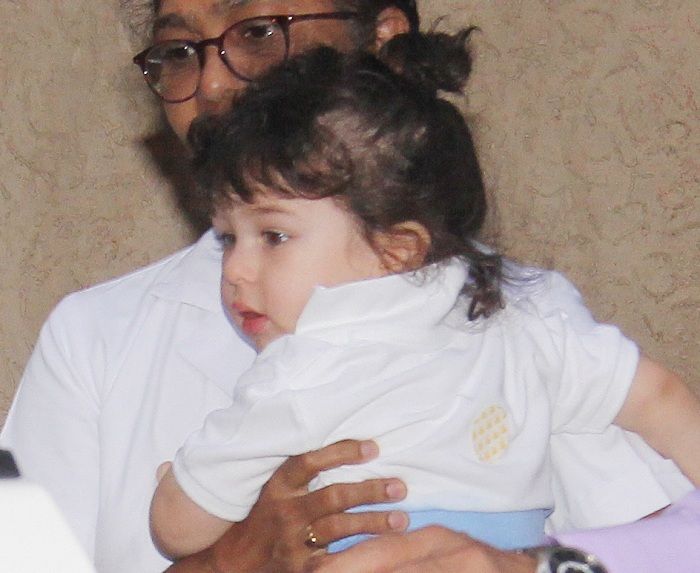 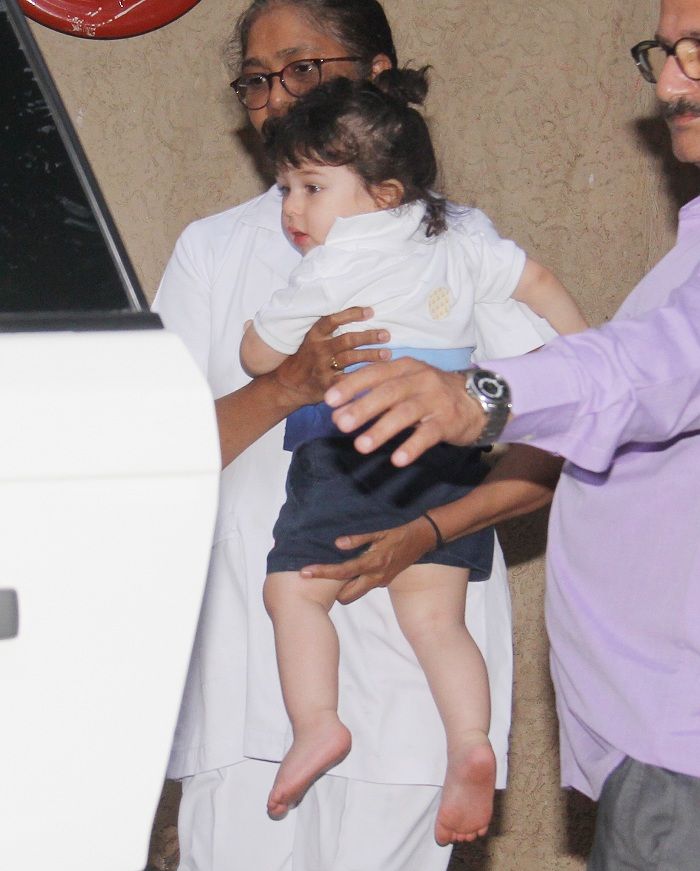 Meanwhile, Kareena was busy with the promotions of her upcoming film, Veere Di Wedding that is slated to release on June 1, this year. The film also stars Sonam Kapoor, Swara Bhasker, Shikha Talsania and Sumeet Vyas in the lead. The film is helmed by Shashanka Ghosh and bankrolled by Ekta Kapoor, Rhea Kapoor and Nikhil Dwivedi. We definitely can’t wait to watch the film hit the screens. After all, Kareena is all set to make her most awaited comeback with this film.