People are seen having a good time, dancing to music before dust puffs out nowhere. 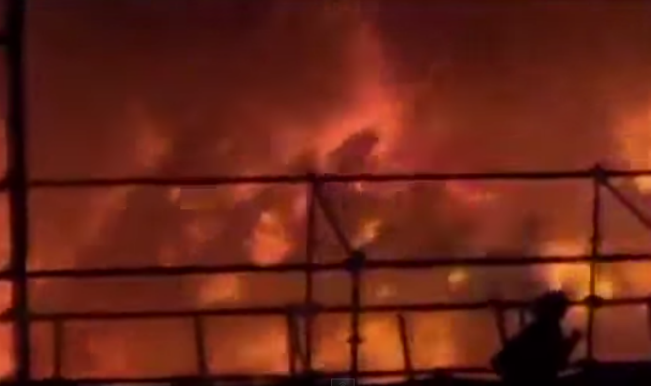 Explosions and blasts continued to take or put human lives in danger across the globe over the past week as fun and frolic turned into tragedy in the space of minutes. In the Formosa Water Park in the Bali district in Taiwan, over 200 people suffered severe burns after a dust explosion engulfed an area where people were merrily dancing. Also Read - Odisha: Three Girls Charred to Death at Bijmara Village as Haystack Catches Fire

The Amusement park in Bali district supposedly had over 1000 people for a colour play festival, a variant of the Indian festival Holi. People are sprayed with colour emerging from the roof. The video footage shows how the incident played out. People are seen having a good time, dancing to music before dust puffs out nowhere. Slowly, it turns into fire and people are seen running helter- skelter for safety. Also Read - West Bengal: Fire Breaks Out at Toy Godown in Siliguri, No Casualties Reported so Far

A massive cloud of fire breaks out and people are heard screaming and the security at the place are whistling and doing their bit to salvage a desperate situation. The amusement park is shut down at the moment as investigations are underway. No casualties have been reported from the incident.