Afghanistan & The Rise of Taliban- Will The War Ever End?

As per a report in Wall Street Journal by Gordon Lubold and Yaroslav Trofimov, who quoted US Intelligence Community, reported that the current Afghanistan government and the capital Kabul may fall within six months of the final withdrawal of US forces.

New Delhi: The United States has started its withdrawal from Afghanistan and at the same time, the Taliban has started its lightening offensive across the mountain kingdom. The pace of territory gains by the Taliban is humungous and is extremely dangerous with the fact that more than half of the US troops stationed in Afghanistan are yet to be repatriated to US. Within a short span of a month, they have seized more than two dozen districts and are now surrounding major cities like Kunduz and communication centers like Mazar-E-Sharif. They are now controlling the main border with Tajikistan and are present in the outskirts of the Capital Kabul.Also Read - Joe Biden Calls Migrant Deaths 'Horrifying And Heartbreaking'

All over Afghanistan, forces loyal to the government are either surrendering with their equipment, vehicles & Armaments to the Taliban or are getting killed brutally. They are leaving their Battle Tanks, Humvees, Artillery Pieces, and other armaments to the disposal of the Taliban before leaving. This is not only strengthening the Taliban but also acing negatively over the morale of the government troops. Also Read - Passenger Train With 243 On Board, Crashes Into Dump Truck In US's Missouri; 3 Killed, Multiple Injured

This is not only serious but also a matter of concern for entire global community fighting against Islamic Terrorism. As per a report in Wall Street Journal by Gordon Lubold and Yaroslav Trofimov, who quoted US Intelligence Community, reported that the current Afghanistan government and the capital Kabul may fall within six months of the final withdrawal of US forces. With Pakistan denying the United States its bases to monitor the activities of various Afghan groups, things become much complicated. While the US thought that its withdrawal will bring peace, things have turned otherwise and now ending up in the escalation of conflict in Afghanistan. Also Read - Apple Music Raises Price of its Student Plan in US, UK. Check New Rates Here 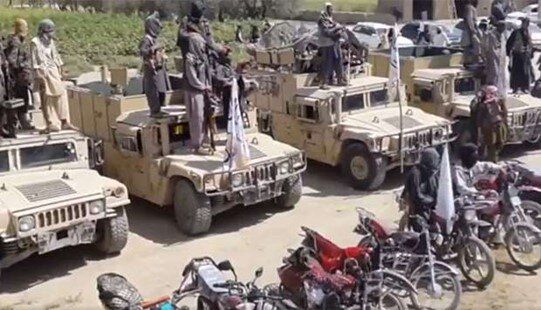 After the series of so-called peace talks in Qatar, Istanbul & other parts of the world, it was largely accepted that the Taliban & the current government of Afghanistan may come to a power-sharing formula without much bloodshed but due to the involvement of Pakistan with the Taliban, this could not materialise resulting in losing of large territories especially in Northern Afghanistan to Taliban controlled groups.

Losses to the Afghan Forces in first three weeks of June 2021 itself include 16 Tanks/APCs, 26 Artillery Pieces, 4 Anti-Aircraft Systems, 4 Helicopters, more than 500 vehicles, and several thousand other pieces of Armaments. At the same time, local warlords are negotiating a deal with the Taliban to facilitate the surrender of Afghan troops under pressure from Pakistan ISI as well as the Taliban. 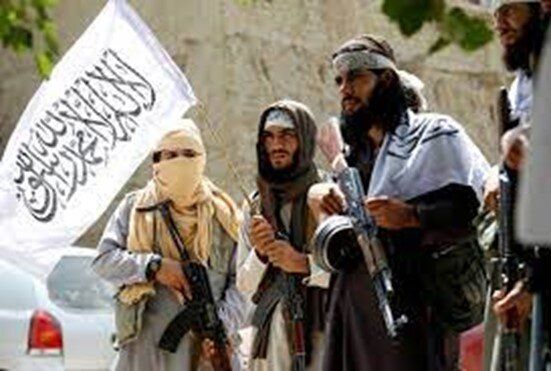 Role of Pakistan in Destabilising Afghanistan

Ever since the first Afghan War, Pakistan has played the role of a spoiler in the Great Afghanistan Game. Initially, it recruited, trained, and supported the Afghan Mujahideen Against the erstwhile USSR. A large portion of Pakistani Forces were fighting along with Mujahideen inside Afghanistan. When USSR has finally withdrawn from the country, it created the Taliban to fill up the voids who came and swept over the entire Afghanistan by the end of the last century. Post 9/11 when the Taliban was found to be aiding Al-Qaeda, Pakistan visibly pulled his hands from Taliban but kept supporting it clandestinely. All these times, Pakistan was acting if it wants peace in Afghanistan but in reality, it wanted the democratic government to destabilise so that the Taliban which are actively supported by Pakistan to come to power.

The biggest threat is the dirty coalition of Taliban, Al-Qaeda, Islamic State-supported by Pakistan. It was significantly proved that while Al- Qaeda Supremo Ayeman-Al-Zawahiri was in constant touch with the leadership of Haqqani Network, top leaders of Islamic State in Khorasan Province (ISKP) like Maulvi Aslam Farooqui & Munib were in close touch with Pakistan Inter Services Intelligence (ISI) and other ISI backed groups like Lashkar-E-Taiyabba, Jaish-E-Muhammad, Sipah-E-Sahaba, Haqqani Network, Jamayat-Ul-Ulema-E-Islam and Taliban Peshawar Shura.

Pakistan has always kept the real stakeholders of the Afghan peace process away. India being the senior-most and the biggest country in Southeast Asia was kept away while the current democratically elected government of Afghanistan was not given its due importance. While the United States was in a hurry to withdraw, all the terms and conditions of the Taliban were accepted. As the experts say, in the current scenario, the fall of the Afghan government in the next few months is inevitable unless global powers come up with a concrete plan to fill the voids in the war-torn country. It may be in the form of the United Nations Peacekeeping Force or in some other coalition force stationed in Afghanistan which can put a check on the nefarious advances of Pakistan and its ancillaries like Haqqani Network, Al-Qaeda & Islamic State.