Sydney, Dec 30: An Australian aviation expert said Tuesday that human error undoubtedly led to the disappearance of AirAsia flight QZ8501 after the pilots flew directly into a well-known danger z 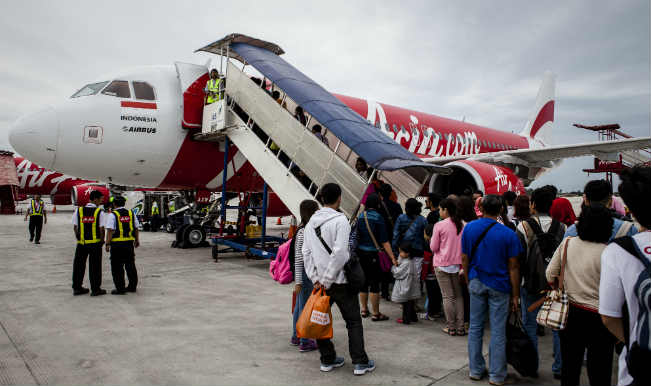 He said veteran pilots avoided the area where the plane is believed to have gone down and would not fly through it. “They call it ‘the thunderstorm factory,'” Hansford told the Nine Network, Xinhua reported. “You plan to go around it. You don’t plan to go through it.” He said whoever plotted the flight plan made a fatal error. Also Read - Feared COVID-19 Passengers Get On Board, AirAsia Pilot Exits Through Cockpit Window

“Whoever did the flight plan — now we don’t know whether it was the French first officer or the captain himself,” Hansford said. “Whether they read the meteorology right they were given in Surubaya who dropped the ball? And how well did they communicate? One whose basic language is Bahasa, and the other guy’s basic language is in French. “How good is their common English between the two of them?” He concluded by emphatically saying it was pilot error.

“I’ve said all along it was never going to be engineering,” Hansford said. Meanwhile, search for the missing plane resumed Tuesday. The multi-national search operation has now been expanded to a wider area, media reports said.  The Airbus A320-200 disappeared Sunday en route from Surabaya in Indonesia’s East Java to Singapore after the pilot requested a change of flight plan due to stormy weather.

The ill-fated plane was carrying 162 people, including 155 Indonesians, three South Koreans, and one person each from Malaysia, Singapore, Britain and France. AirAsia, a low-cost carrier established in 2001 by Tony Fernandes, a Malaysian of Indian descent, has dominated cheap travel in the region for years with about 100 destinations and affiliate companies in several Asian countries.