Australian counter-terrorism police confirmed on Friday they raided five Sydney homes on Thursday which were linked to a man's alleged plot to execute a random member of the public in Martin Place in the city's central business district. 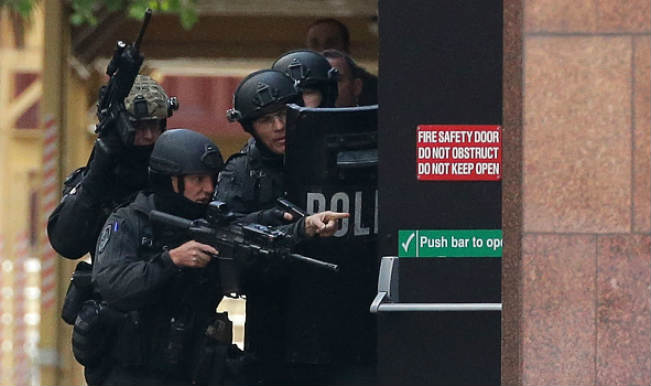 Sydney, Dec 19: Australian counter-terrorism police confirmed on Friday they raided five Sydney homes on Thursday which were linked to a man’s alleged plot to execute a random member of the public in Martin Place in the city’s central business district. While Martin Place was the same location as this week’s siege, the two events were not connected, police told the Australian Broadcasting Commission. Also Read - India Says it Has Been a 'Victim Cross-border Terrorism' After China Raises Kashmir at UNSC Debate

The execution of the warrants was part of the on-going anti-terror operation Appleby, which staged widespread raids in Sydney in September, Xinhua reported. No charges have yet been laid as a result of the latest raids but computers and weapons were seized. Also Read - Jammu and Kashmir: Army Jawan Killed in Rajouri, Encounter on in Budgam

One of the homes in the latest raids was linked to Omarjan Azari, 22, who was arrested in the September raids. It was then alleged he was planning to randomly execute a member of the public in Martin Place, as well as funding Australian Muslim extremists planning to fight with IS in Syria and Iraq.

On Friday, Azari made a brief appearance via video link in a Sydney court in relation to those September charges, according to Seven News. Three new charges further relating to funding terrorist groups have been laid, the court heard. Azari was appearing via video from New South Wales Supermax prison where the worst of the state’s criminals with terror links are held.