Indians are among the prominent immigrant groups in Scotland and together with Pakistanis and Bangladeshis make up 3 per cent of Scotland's population. 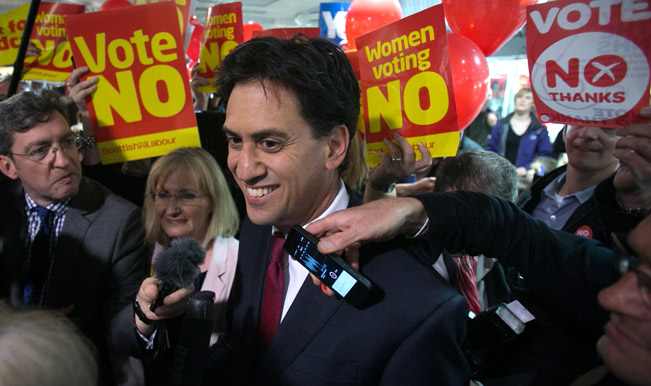 London, Sep 16: As the Scottish referendum becomes too close to call in the lead up to Thursday’s vote, the Asian immigrant choice could prove crucial. Indians are among the prominent immigrant groups in Scotland and together with Pakistanis and Bangladeshis make up 3 per cent of Scotland’s population which describes itself as Asian. While their views on a Scotland independent of the United Kingdom remain divided in line with the overall population,?the overwhelming majority seem to back the ‘no’ campaign. Also Read - 'Kashmiris Don't Feel They Are Indians & Would Rather Prefer to Be Ruled by China', Says Farooq Abdullah

“I’ve lived in Scotland for 18 years. I was born in India and I was in London for 35 years before coming to Glasgow. I definitely feel British rather Scottish. We are all one country; it doesn’t matter where you live,” said Naranjan Singh Benning, a 63-year-old businessman and a member of the nearly 38,000-strong Indian-origin community based in Scotland. Among some of the older generation like him, the horrors of Indian Partition may prove the deciding factor against voting for independence. Also Read - Inspired by Sushant Singh Rajput, Pakistani Man Buys Land On Moon For His Wife As Wedding Gift

“There was a Hindu state and a Muslim state and the Sikhs were left with no rights. They gained nothing and lost a lot. So this might have negative connotations for them in terms of their vote on whether they want to separate or stay as one United Kingdom,” said Navpreet Kaur, a member of Glasgow’s central Gurdwara. Besides immigrants from the Indian sub-continent who have now acquired British citizenship, Indians based and working in Scotland are also eligible to vote in Thursday’s referendum as Commonwealth citizens.

“The vote is too close to call. So the ethnic minority vote has become crucial,” claims Mohammed Sarwar, a Pakistani-origin former Glasgow MP.
He had surrendered his British nationality last year to become the Governor of Pakistan’s Punjab province but has now returned to Scotland to persuade his former constituents to vote against an independent Scotland. “The union has served us well. Scotland benefited, England benefited. I think it’s not just that the people of Scotland will suffer (from a break-up), but the people of England, too,” he added.

Voters of Pakistani origin form the largest ethnic minority group in Scotland of a total of 140,000 who class themselves as Asian Scots. Sarwar’s high-profile intervention has, however, been met with disapproval from ‘Yes’ campaigners as he is now classified as foreign.

Humza Yousaf, Scotland’s Minister for External Affairs and International Development, said: “If he is here to campaign for the No camp, we would look at that unfavourably. This isn’t an issue for foreign governments to interfere in.” Research by the Centre on Dynamics of Ethnicity, based at Glasgow University, recently found that minority groups in Scotland are more likely to claim a Scottish identity when compared to minority groups in England deciding whether to choose an English identity.

Overall 94 per cent of those from ethnic communities born in Scotland identify as being Scottish rather than British, which leaves their vote a slight mystery so far. For many ethnic minority voters, contrasting attitudes on immigration between Scotland and the rest of the UK are also a prominent factor in their decision making. Scotland, with a population of around 5 million, favours a more open policy to attract people and talent, while the British government is under political pressure to curb immigration.