Warning that nuclear terrorism threats is a pressing challenge to the global community, India has called for stronger national and international action 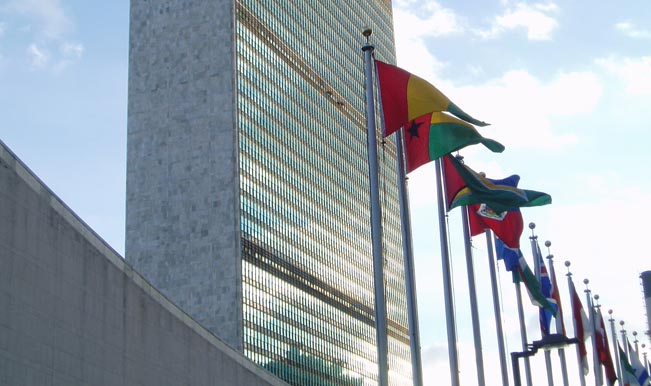 United Nations, Nov 4: Warning that nuclear terrorism threats is a pressing challenge to the global community, India has called for stronger national and international action to prevent terrorists getting hold of nuclear material. “The threat of nuclear terrorism is one of the pressing challenges facing the international community,” Abhishek Singh, a first secretary in India’s UN Mission, told the UN General Assembly (UNGA) Monday. Also Read - Viral Video: This Bride Wore a 100 Kg Red Lehenga On Her Wedding Day, Left Guests Stunned | Watch

The amendment introduced in 2005 to the Convention on the Physical Protection of Nuclear Materials (CPPNM) would make it legally binding on nations to protect nuclear facilities and material while being used, stored or transported. It would also expand international cooperation to recover stolen or smuggled nuclear material. The amendment, which requires the acceptance of two-thirds of the 151 nations that are parties to the convention, has been has been languishing with approvals by only 81 countries.

Singh asked the International Atomic Energy (IAEA) “to continue its efforts to promote early entry into force of the amendment.” Participating in the NGA discussion on the IAEA, Pakistan, which has not yet accepted the amendment, sought to give assurances about safeguarding its nuclear facilities and materials. Khalil Hashmi, a minister in Pakistan’s UN Mission, said, it has “deployed radiation detection mechanisms at several exit and entry points to prevent illicit trafficking of radioactive and nuclear materials.”

“Pakistan attaches highest importance to nuclear security because it is directly linked to our national security,” he asserted listing what he said were the “five pillars” of Islamabad’s nuclear security: “A strong command and control system led by the National Command Authority; an integrated intelligence system; a rigorous regulatory regime; comprehensive export control regime and active international cooperation.”

These appeared to be aimed at assuaging the main international fears about Pakistan’s nuclear program and arsenal. Abdul Qadeer Khan, it’s top atomic scientist, ran a network that provided nuclear technology to Iran and North Korea. And, on the security front, at least three cases of terrorists attacking nuclear weapons-related facilities in Pakistan have been documented. Harvard University’s Belford Center said in a 2010 report, Pakistan “faces a greater threat from Islamic extremists seeking nuclear weapons than any other nuclear stockpile on earth”.