Barack Obama will turn his sights overseas next week, urging fellow heads of state to negotiate a make-or-break global treaty to be finalised in Paris next year. 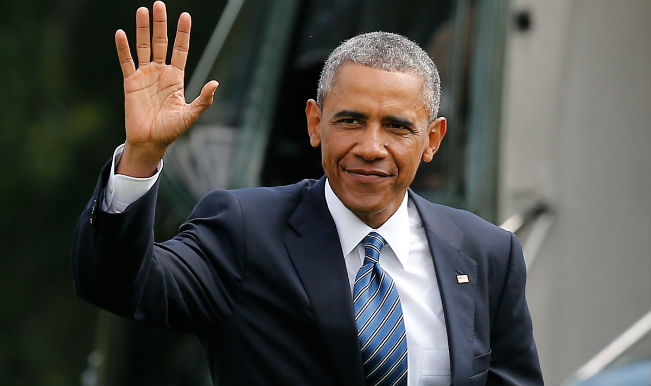 Washington, Sep 19: President Barack Obama will turn his sights overseas next week, urging fellow heads of state to be as ambitious as possible as they negotiate a make-or-break global treaty to be finalised in Paris next year. Obama will attend a United Nations climate summit where he will announce new US commitments, aiming to ramp up the pressure on other major polluters like India and China to demonstrate they’re not laggards in the global campaign against climate change. Also Read - China, India Must Not Unilaterally Change Border Situation Along LAC: MEA Insists Ahead of Bilateral Talks

White House officials said the US will offer tangible contributions such as American technology to help vulnerable populations deal with food security, sea level rise and other negative effects of climate change. “Our hope is that others will do the same, and that can build momentum toward an agreement in Paris,” Dan Utech, Obama’s top adviser on climate and energy issues, said in an interview. Also Read - 'Kashmiris Don't Feel They Are Indians & Would Rather Prefer to Be Ruled by China', Says Farooq Abdullah

Obama had hoped to focus in his second term on legacy-making projects like curbing climate change. But a dizzying array of global crises has competed for his attention, overshadowing many goals he had hoped to achieve.

Over just a few days at the UN, leaders will be wrangling with deep problems in Ukraine, Iraq, Syria, Iran and Israel, to name a few. By taking time out at the UN for climate change, Obama is working to keep the issue at the top of the global agenda even after the crises of the day recede from memory.

More than 100 heads of state will join Obama at the summit, which UN Secretary-General Ban Ki-moon is hosting. The last time Obama gathered with so many leaders to discuss climate change was five years ago in Copenhagen, where a UN summit intended to yield a strong accord on emissions ended in failure.

That outcome dampened hopes that developed and developing nations could come together to address climate change in any serious way before temperatures spiral out of control.

Obama can’t afford another failure in 2015. The talks already underway under the UN umbrella mark the last major opportunity for Obama to leave his imprint on the global response to climate change before his term ends and another president takes over — potentially a Republican who would be less inclined to press the issue.

“If we don’t get a deal next year, I think we’re in for big trouble,” said Rep Henry Waxman, a Democrat and a prominent advocate for fighting global warming.