Australian Prime Minister Tony Abbott today promised a "full and frank" debate on gay marriage in response to an opposition-backed push for reform, but said the issue was not a priority for his conservative government 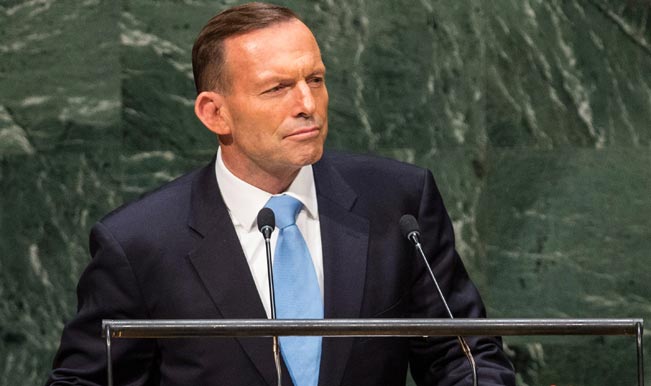 Sydney, May 27: Australian Prime Minister Tony Abbott today promised a “full and frank” debate on gay marriage in response to an opposition-backed push for reform, but said the issue was not a priority for his conservative government. The opposition Labor Party said late yesterday it would bring a private member’s bill before parliament next week which could force a vote on gay marriage later in the year, following Ireland’s successful referendum on the matter. Liberal Party leader Abbott, who has so far refused to hold a referendum on the issue, said procedures related to the bill would be followed “to the letter”. “If the matter… Is coming again before the parliament for vote, it’s a matter that the (Liberal) Party room will consider, as you’d expect,” he told reporters in Canberra. (Also read: Richie Benaud’s family turns down Tony Abbott’s state funeral offer) Also Read - Man Marries 2 Women At The Same Time As He Loves Both of Them, Wives Say They Are 'Very Happy' | Watch

“I’m sure at that time we’d have a very full and frank and candid and decent debate inside the party room. “But I do have to say that my absolute priority… Will be getting our small business budget boost through the parliament.” Labor leader Bill Shorten, who will bring the matter before the House of Representatives on Monday, does not have the numbers to pass the bill. But he is using it as a challenge to Abbott to allow government MPs a conscience vote on an issue believed to have broad community support. Abbott’s conservative government is opposed to gay marriage and the party has previously refused to allow a conscience vote among its members. Also Read - Very Filmy! Guest Marries The Bride After Groom Runs Away To Meet His Girlfriend on Wedding Day

A vote on the issue in 2012 was defeated 98 to 42 after Abbott refused to allow his MPs, then in opposition, to break with party lines, rendering it a null prospect. “For marriage equality to happen, Tony Abbott has to give his MPs a free vote,” Shorten said. Abbott acknowledged there were “different views inside the parliament, inside parties, indeed, inside families as is well known in my own case” — a reference to his gay sister. “So it is an issue where the different views, the range of views need to be treated with respect.”

Same-sex couples can have civil unions or register their relationships in most states across Australia, but the government does not consider them married under national law. Australia is seen as lagging behind a growing number of countries on marriage reform, and senior government minister Malcolm Turnbull said earlier this week he expected parliament to legalise same-sex marriage eventually. “I have never seen a social issue which has changed attitudes as rapidly as this one,” the Minister for Communications said yesterday.