The Text Delight also has another animation and many other words appear in colourful font. These words include Best Wishes, Congratulations, You Got This and many more.

New Delhi, Mar 23: The viral post which claims that the Facebook CEO Mark Zuckerberg introduced a new security system, wherein users can identify if their accounts have been hacked or not, is a hoax. The post claims that a user has to type the word ‘BFF’, and the colour of the text would determine whether the account is hack-proof or not.Also Read - 5 Dead, 7 Injured In Road Mishap On Delhi-Jaipur Highway as Speeding Cruiser Rams Into Parked Truck

The truth, however, is that no such feature has been enabled by Facebook. And the green colour of the text doesn’t mean that the account is safe or not. It is an outright lie. Facebook has a feature called Text Delight which turns the text green– an animation also pops out. However, it doesn’t suggest that your account is safe or vulnerable. Also Read - COMEDK UGET 2022 Application Correction Window Opens Today| Here's How to Edit Registration Form 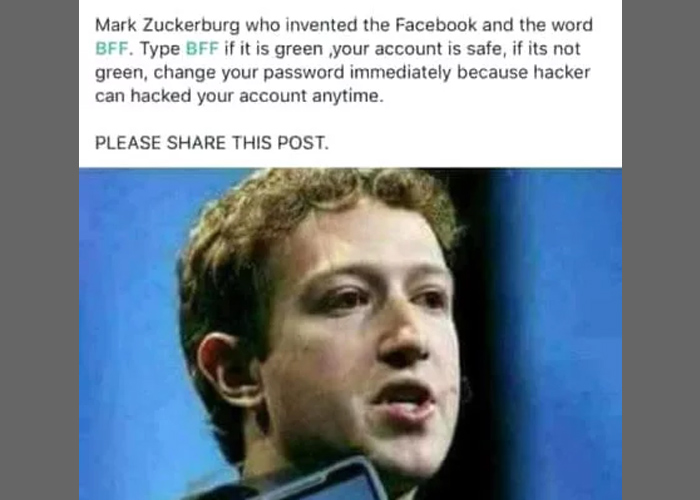 The Text Delight also has another animation and many other words appear in colourful font. These words include Best Wishes, Congratulations, You Got This and many more.