Queen Elizabeth II singled out India alongside China for an "enhanced partnership" as part of the foreign policy priorities for UK's first Conservative-only government in nearly two decades. 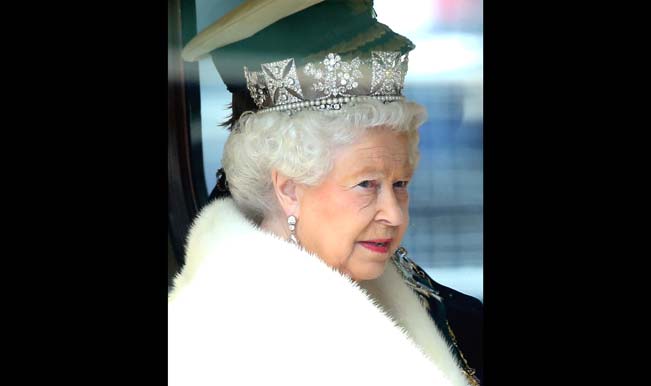 London, May 28 : Queen Elizabeth II singled out India alongside China for an “enhanced partnership” as part of the foreign policy priorities for UK’s first Conservative-only government in nearly two decades. “My government looks forward to an enhanced partnership with India and China,” the monarch said during the ceremonial Queen’s Speech which lays out the business for a newly-elected British Parliament. Also Read - Meet Air India's Zoya Aggarwal Who Commanded World's Longest Direct Flight Over North Pole

However, it was China that seems to take precedence this year with a state visit planned in October. “Prince Philip and I look forward to our state visit to Germany next month and to our state visit to Malta in November, alongside the Commonwealth Heads of Government Meeting,” the 89-year-old Queen said as she spoke from her throne in the House of Lords. Also Read - January 16 to be Vaccination Day One, Bird Flu Confirmed in 7 States, Indonesian Plane Crashes With 62 Aboard and More

“We also look forward to welcoming His Excellency the President of The People’s Republic of China (Xi Jinping) and Madame Peng on a state visit in October,” the Queen said as she spoke from her throne in the House of Lords.  The speech marked the state opening of Parliament yesterday.

Some of the other key foreign policy announcements covered war zones like Syria. The Queen said: “My government will continue to play a leading role in global affairs, using its presence all over the world to re-engage with and tackle the major international security, economic and humanitarian challenges. “My ministers will remain at the forefront of the?NATO?alliance and of international efforts to degrade and ultimately defeat terrorism in the Middle East. (READ : Queen commissions David Cameron to form new British government)

She said the UK will continue to seek a political settlement in Syria and will offer further support to the Iraqi government’s programme for political reform and national reconciliation. Prime Minister David Cameron and his newly-elected MPs then went on to debate the speech in the House of Commons as the official business of government kicks off following the May 7 general election.

Cameron has said he wants plans to stage a vote on European Union membership rushed into law in “extra-quick time” as the Government unveiled the exact wording of the referendum question it intends to put to voters. The EU Referendum Bill took pride of place in the Queen’s Speech legislative programme presented by the newly elected Conservative government.

The bill will include the proposed question which will be put to voters: “Should the United Kingdom remain a member of the European Union?” The British PM is also starting a tour of European capitals as he attempts to persuade the Dutch, French, Polish and German premiers to back his changes to the UK’s EU membership. He has pledged to renegotiate the UK’s relationship with the EU before holding the referendum.