A landslide on Tuesday night buried 21 houses and caused 11 deaths in Guizhou province's Shuicheng county, while another in Hezhang County left one dead.

More than 50 people were living in the affected area when the landslide struck. Also Read - 24 injured in gas pipeline blast in China

Authorities were cited by Xinhua news agency as saying that as of about 11 a.m. on Wednesday, 11 people were found dead, another 11 were rescued while rescue work was still underway. 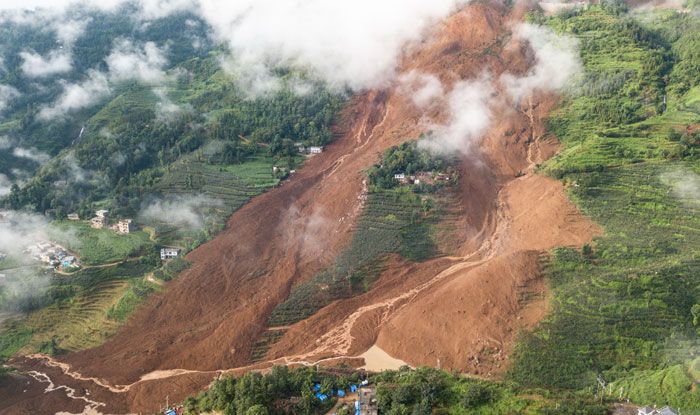 The Ministry of Emergency Management said that it sent a work team to the affected area to assist local governments in disaster relief.

“Currently, some 560 professional rescuers are searching the site thoroughly for the missing to minimize casualties,” it said and called for intensified geological and meteorological monitoring to prevent secondary disasters and efforts to ensure the safety of rescuers.

Another landslide struck a construction site in a village in Hezhang County, Guizhou province, at around 4 p.m. on Tuesday, leaving one dead and six others missing, according to the county government.